TBTTP must not be destroyed 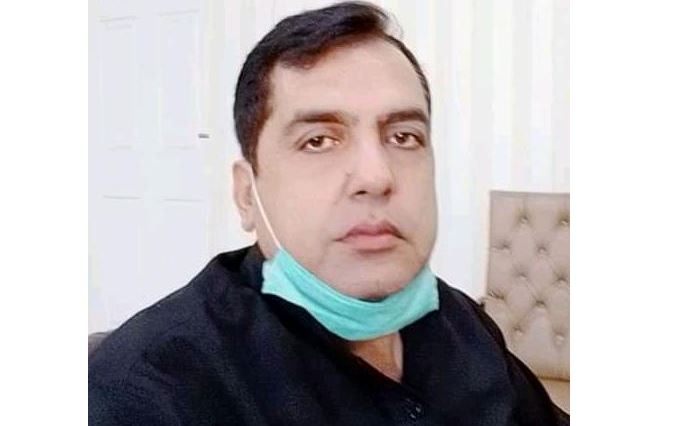 No attention has been paid to maximizing forest cover, maintenance and protection of forests. The forest department has always been neglected by the governments. During the PML-N regime, Mian Nawaz Sharif started planting in the name of Green Pakistan all over Pakistan, Azad Jammu and Kashmir and Gilgit-Baltistan.

Fifty percent of the funds in all four provinces were from the federal government and fifty percent from the provinces while Azad Jammu and Kashmir and Gilgit-Baltistan are being given 100 percent funds from the federal government. Many times the Forest Departments also face shortages of funds. Despite all the difficulties, the forest departments continued to work hard for the success of TBTTP. now TBTTP is being praised all over the world. Imran Khan as Prime Minister paid special attention to TBTTP. Now, after the success of No Confidence, MianShahbaz Sharif has become the Prime Minister.

The PML-N government, being in opposition, was very critical of the TBTTP. PML-N leaders believe that there is a lot of corruption in this project. Negative thinking of PML-N and other opposition parties regarding thisproject is not correct. I wrote many articles on TBTTP, visited and saw plantations in Azad Jammu and Kashmir and all four provinces several times.Kotli, Rawlakot, Bagh, areas of Azad Jammu and Kashmir have very beautiful plantations and the survival rate is also very good.Sundarani Forest has been named as Reserve Forest, which falls in GhotkiTaluka, Ghotki District, with a total area of ​​2251 acres, which is under the administrative control of Divisional Forest Officer, Forest Station Division Sukkur, north of Indus River. ۔The entire area of ​​the Sundarani forest was under encroachment and has been cleared of encroachments / forest land grabbers and the “Green Pakistan Program – Restoration of Forest Resources in Pakistan” (Ten Billion Tree Tsunami) Tree planting has been done under the title development scheme. Program) Now the total area of ​​Sundarani forest is under tree cover and stored area. Much better work has been done throughout Sindh with regard to the Ten Billion Tsunami Project. In Sindh, full attention has been paid to local species. Seeing the beautiful forests of Kekar, Sundarani Forest is one of the beautiful forests of Pakistan.Hosh Mohammad Shar, Divisional Forest Officer, Forest Division, Sukkur said that it is important to plant trees but even more important is to protect the planted plants. After 1927, Deodar has been planted in Murree.beri trees has been planted in Sargodha Circle. Plantation of eucalyptus in the Northern Zone has been discouraged and local varieties have been planted. Due to the struggle of CCF Northern Zone Shahid Rashid Awan local varieties of trees were given priority, otherwise more and more eucalyptus plants were being planted earlier.According to sources, the PML-N government wanted to take political revenge on PTI through this project. In the midst of their revenge, punishment will be meted out to those forest officers who worked hard day and night for the success of this project. The Ministry of Climate Change should avoid people who are spreading false information against TBTTP. If the Ministry receives a complaint of corruption against a forest officer, it should be investigated first and irrefutable evidence should be collected instead of immediate action and media trial. If any fault is found then action should be taken against it otherwise forest officers should be allowed to work. There are many professional complainants in our society who make false applications for personal gain. Officers dealing with false complaints suffer mental anguish and waste their time in futile inquiries. The PML-N government should continue all projects of national interest including TBTTP. Projects of national importance should not be politicized. If the best projects are closed due to political revenge, it will be a national loss.