T20 WC : India crash out of tournament as NZ defeat Afghanistan by 8 wickets 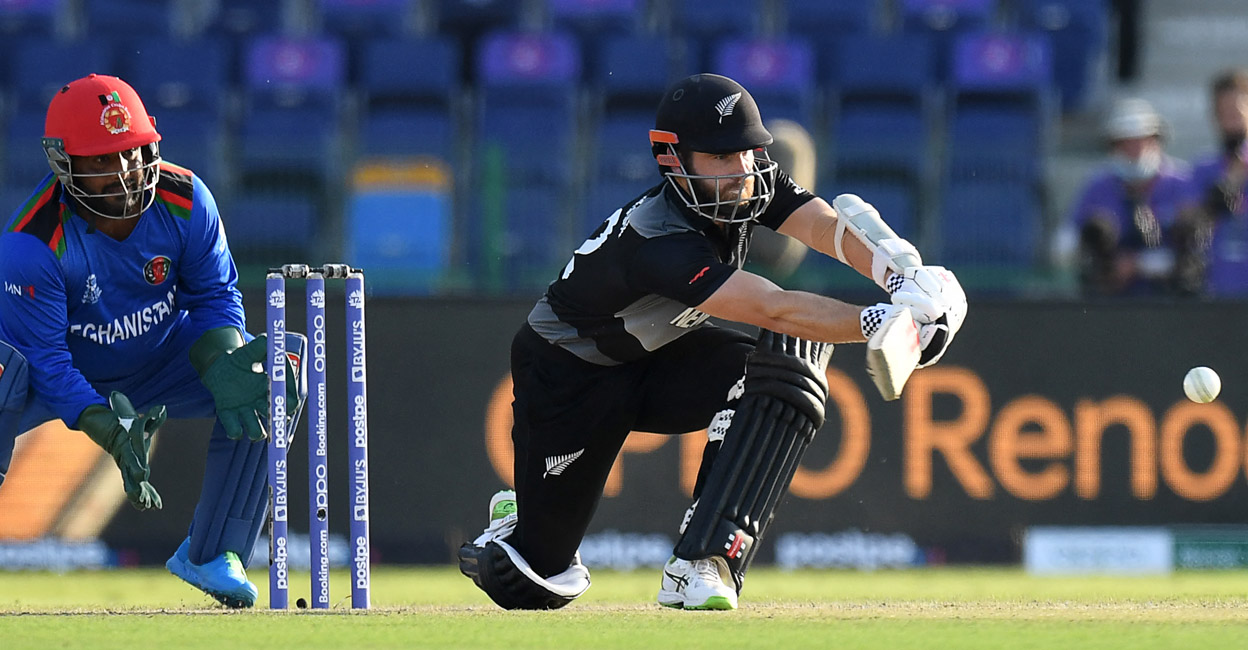 ABU DHABI , NOV 07 : India were effectively pushed out of the T20 World Cup on Sunday as New Zealand defeated Afghanistan by eight wickets.

New Zealand thus became the remaining semi-finalist to qualify from Group 2 after Pakistan.

England and Australia have booked their semi-finals spot from Group 1.

Najibullah Zadran played a lone hand with his 48-ball 73 to give the Afghanistan total some respectability after they elected to bat first in Abu Dhabi.

Left-arm quick Boult returned figures of 3-17 from his four overs and was ably supported by Tim Southee who took two wickets.

A win for New Zealand would take them into the final four but if they lose it would benefit Afghanistan and India, who have got the best run-rate in the group and play Namibia in their last match on Monday.

New Zealand’s pace bowlers rattled the opposition’s top order with quick strikes as Adam Milne sent back Mohammad Shahzad caught behind for four in his first over.

Boult got going from the other end to get Hazratullah Zazai out for two and Southee trapped Rahmanullah Gurbaz lbw for six as Afghanistan slipped to 19-3.

Zadran counter-attacked with a handful of boundaries including two off Jimmy Neesham but soon took to defence after losing his partner Gulbadin Naib for 15.

Naib dragged a wide delivery from Kiwi leg-spinner Ish Sodhi onto his stumps.

Skipper Mohammad Naib joined Zadran at the crease as the duo attempted to push the scoring against the spinners and singled out Mitchell Santner for runs.

The left-handed Zadran smashed Santner for two sixes and later got to his 50 in a 33 balls. It was his second fifty in this T20 World Cup and sixth overall.

Southee broke the 59-run partnership, seeing off Nabi for 14.