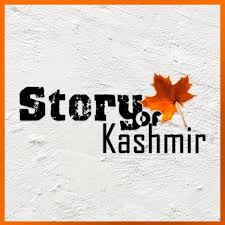 Denial, deceit, disruption and destruction are the high marks of struggle of Kashmiri people. The Journey of helplessness and agony that began for the hapless Kashmiris of Indian occupied Kashmiris, as a consequence of induction of Indian military in to Kashmir on October 27 1947 continues despite numerous UN resolutions supporting the grant of right of self-determination. Had it been a conflict where non-Muslims were the sufferers, it would have been resolved within months, if not weeks. Unfortunately, current political World Order is increasingly anti-Muslim.

Accession letter by Maharaja, was a fraudulent document, singed by Maharaja under duress much later than October 27 after Indian military was in firm control of Jammu and Kashmir; if at all he ever signed. Acceptance or request by Maharaja for providing military assistance by the Union government was condition based that whenever the law and order situation is restored, future of Jammu and Kashmir would be decided by ascertaining the wishes of its people.A prominent British Historian Alistair Lamb has challenged Indian narrative in his book “The Birth of Tragedy” by stating that the instrument of accession was drafted in Delhi and presented to maharaja.

“Silenced and shut down” via lockdown and information blackout has been the status of Illegally Indian Occupied Jammu and Kashmir (IIOJ&K) since revocation of Articles 370 and 35A on August 05 2019; IIOJ&K was divided it into two federally ruled territories and a complete lockdown and communications blackout was imposed.

According to an October 22 report by Aljazeera, India has extends high-speed internet blackout in Kashmir. Indian government says such restrictions are ‘absolutely necessary in the interest of Indian sovereignty’.High-speed internet was cut off in August last year, when India revoked Kashmir’s semi-autonomous statusThe government in Indian-administered Kashmir has extended its ban on high-speed internet in 18 of 20 districts of the disputed region until November 12.The order said security agencies “apprehended that anti-national elements might misuse” high-speed connections “for carrying out activities inimical to the public order besides persuading the youths to join militancy”.:

In September Amnesty International closed its office in India due to “reprisals” from the government. Amnesty said its bank accounts had been frozen and it had been forced to lay off staff in the country and suspend all its campaign and research work.   Rajat Khosla, Amnesty’s senior director of research, advocacy and policy, told the BBC: “We are facing a rather unprecedented situation in India. Amnesty International India has been facing an onslaught of attacks, bullying and harassment by the government in a very systematic manner. As usual Indian is in a denial mode. India’s government said in a statement that the accusations were “unfortunate, exaggerated and far from the truth”.

Mobile internet speed in most of the region remains painstakingly slow.Kashmiri groups call India’s internet ban as ‘digital apartheid’. Kashmir’s political parties have united to fight for return of autonomy. Kashmir newspapers’ officesare raided and sealed by India officials as a matter of routine.It is“far worse censorship than anywhere in the world”.

According to, the Jammu-Kashmir Coalition of Civil Society (JKCCS), a prominent rights group in IIOK&K, the communications blackout is a “collective punishment” against the Kashmiris. JKCCS has urged the international community to question New Delhi over the “digital apartheid”.Several human rights groups, including Amnesty International and Human Rights Watch, have repeatedly urged India to restore full internet access in the disputed region.

India is supressing the struggle of the people of IIOK&K with brutal force. It is employing highly disproportional force to quell peaceful demonstrations. It has deployed over a million military and civil armed forced personnel in the occupied territories.  IIOJ&K is most densely militarised conflict zone of the World. Fear of life and sense of insecurity is so pervasive that the IIOJ&K is often referred to as an open prison where law enforcers are supported by nearly a dozen draconian laws to usurp Human Rights with impunity. Not even a single Indian soldier has been meaning fully punished for crimes against humanity.Hundreds of Thousands of people including Hurriyat leaders have been put behind the bars, they are interned in the jails far away from their areas of domicile and their whereabouts are not communicated to their kin and kith.

Since the second wave of struggle for right of self-determination by Indian Kashmiris, since January 1989, Indian troops have martyred over 95,686 Kashmiris, widowed over 22,920 women, orphaned over 107,802 children and molested or gang-raped over 11,219 Kashmiri women.More than 340 youth have lost their one or both eyes to the pellet injuries while over 1,020 are at the verge of losing their eyesight.Rape of women being used as a weapon of war to intimidate the Kashmiris into submission. More than 8,000 innocent youth have been subjected to disappearance in custody and their whereabouts remain untraced. Many of those are feared to be buried in thousands of unmarked graves in IIOJ&K. Human Rights Watchdogs have so many time pointed towards exact location of mass graves where freedom fighters are buried after killing them in fake encounters.

The formula dictated that J&K should join Pakistan as nearly 80 percent of population was Muslim.However, India’s first Prime Minster Nehru, being a Kashmiri, was not comfortable with the thought of the region falling to Pakistan. Therefore as a carefully crafted plan to create a pretext for induction of Indian military in to Kashmir, on behest of Indian government, Hindu Rashtriya Swayamsevak Sangh (RSS) militants alongside Dogra troops attacked Jammu and massacred thousands of Muslims. As a reaction, volunteers from Pakistan’s tribal areas started to move to Kashmir, on October 22, to help the Muslims being cold bloodedly murdered by Dogra soldiers and RSS goons. Maharaja Hari Singh got unnerved and fled the area. It was during his absence from the scene that high drama of Accession letter was staged and India troops were airlifted to Srinagar.Indian troops landed first and Accession Letter saw the light of the day later.India took the matter to the UN, where it voted for UN SC Resolution 47 calling for a UN supervised plebiscite.Ever since, India is defaulting its voluntary commitment.October 27 is observed in Pakistan and by Kashmiris, the World over, as Black day, on this day India had annexed Kashmir region by inducting her forces illegally in complete disregard of Indian independence Act and Partition Plan. As British left sub-continent in 1947, independent princely states were asked to choose between India and Pakistan as per majority population (Hindus/Muslims).

United Nations needs to stand up to the occasion and fulfil its obligation of holding a plebiscite in Jammu and Kashmir, as per its geographical combination stood on August 14, 1947. The matter has been brought up for discussion I the UNSG more than once since August 05, 2029. The befitting starting points for the UN could be appointment of UNSG’s special envoy on Kashmir followed by a UNSG resolution for undoing India’s rash actions of August 05, 2019. 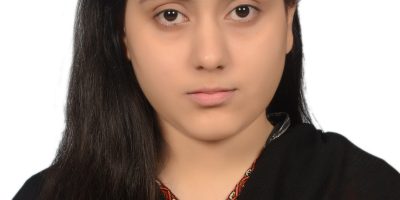 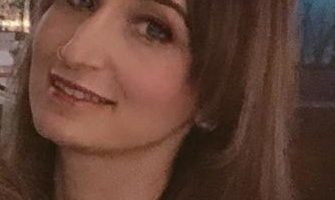