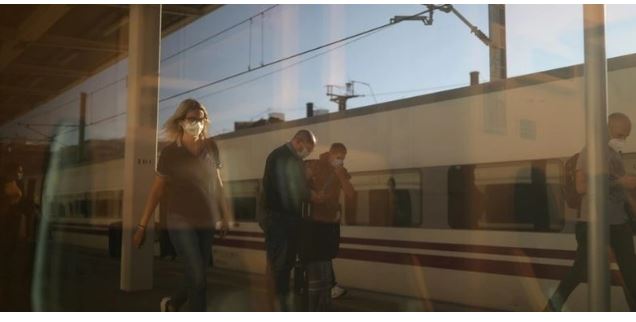 Spain’s National Statistics Institute revealed on Wednesday that the true death toll from COVID-19 in 2020 in Spain was much higher than the Health Ministry’s official figures.

Looking back on death certificates, the statistics agency found that 60,358 people died from the virus after testing positive and a further 14,481 people were suspected to have died from the infectious disease.

Besides those 74,839 deaths, doctors said 8,275 people did not die directly from COVID-19, but that the virus contributed to their deaths.

These numbers stand in stark contrast to the Spanish Health Ministry’s data. For 2020, the ministry reported a total of 50,837 COVID-19 deaths.

That’s because the Health Ministry only counted the deaths of patients who tested positive for the virus.

But Spain, which was caught off guard with a brutal first wave, had limited testing available when the disease was at its most severe.

Between February and May 2020, Spain’s Health Ministry counted around 29,000 COVID-19 deaths. Meanwhile, the truer figure was more like 46,000 deaths, according to the public statistics agency.

The study looked at all causes of death for 2020 and found that COVID-19 was by far the leading cause of mortality for the year. Heart disease was the second-leading cause of death, causing just under 30,000 fatalities.

Overall, 2020 was the deadliest year in Spain’s democratic history, both adjusted for population and in total, according to calculations by the Spanish daily elDiario.

In 2021, nearly 37,000 more people have lost their lives to the disease, suggesting that more than 110,000 people have died from COVID-19 in Spain since the pandemic first emerged.

However, Spain now stands out for having one of Europe’s highest vaccination rates and lowest infection rates-89% of people over the age of 12 are fully immunized.

Many experts have suggested that the havoc the virus wreaked in the country throughout 2020 and in early 2021 has contributed to the relatively high trust in vaccines.