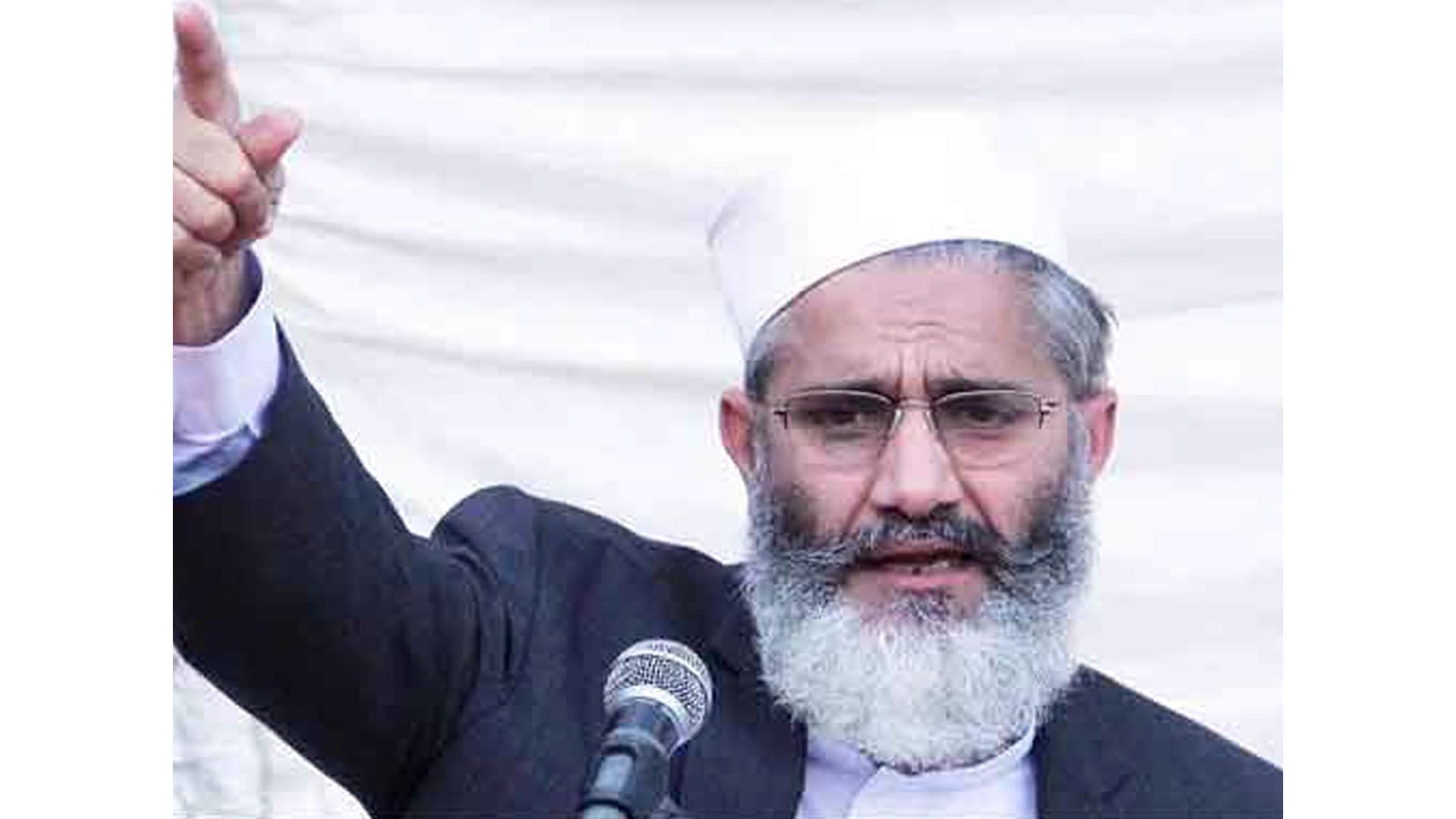 ISLAMABAD, Holding responsible the ruling elite for the
plight of the masses, Jamaat-e-Islami Emir Sirajul Haq has called for
launching a peaceful mass movement to get rid of the feudal lords and
corrupt capitalists to put the country on track.

“Pakistani labor class work day and night in foreign countries and send
money to Pakistan while the rulers stash their billions in foreign
accounts,” he said while addressing a press conference on Friday.

Sirajul Haq declared it as an irony when the PML-N and the PPP talked
about the rights of masses.

“There is no difference in policies of the PTI, the PML-N and the PPP.
They all do politics of self-interests.”

He said the prime minister’s slogans and claims to launch a war on
corruption proved white lie. The PM Cell to hold inquiry into Pandora
Papers scandal was mere an eye-wash, he added.

“The Jamaat-e-Islami has knocked the door of the Supreme Court of
Pakistan on Pandora Papers. We want the apex court to order formation of
JIT [Joint Investigation Team] to conduct a fair investigation into the
Panama Leaks and Pandora Papers scandals.”

He dared the prime minister to support the JI petition in the SC if he
(the PM) was sincere in his claims against corruption and corrupt
mafias.

The government of the PTI, he said, was the agent of the status quo and
it deceived the masses in the name of Madina State.

To a question, he said though there was dire need to launch a movement
against the government but it seemed strange when the two main
opposition parties who also ruled over country for years talks about the
rights of the people. Only JI, he added, was fighting for the cause of
public and it would continue its struggle till the masses got justice.
He ruled out possibility to be part of the PDM in future, saying the JI
had not felt the need for it. What the JI needed, he said, was the
support of the people to put the country on track.