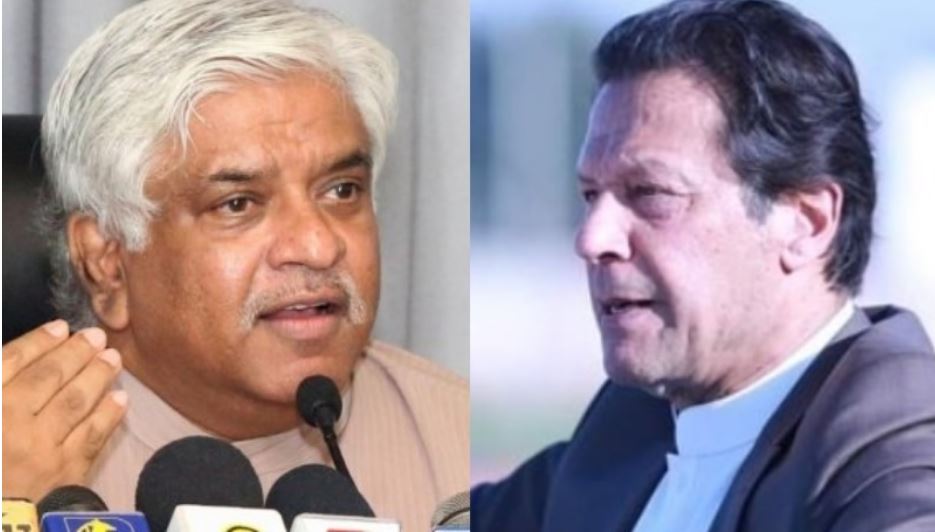 Sri Lanka’s cricketer-turned-politician Arjuna Ranatunga has thanked Prime Minister Imran Khan for his efforts to find all those involved in the lynching of a Sri Lankan man in Sialkot earlier this month and his support for the deceased’s family.

Priyantha Kumara, a 49-year-old Sri Lankan factory manager, was lynched by a mob comprising hundreds of protesters, including the employees of the factory he was the manager of, on December 3. The mob had tortured him to death and later burnt his body.

A first information report was registered against 900 workers of Rajco Industries on the application of Uggoki Station House Officer Armaghan Maqt under sections 302, 297, 201, 427, 431, 157, 149 of the Pakistan Penal Code and 7 and 11WW of the Anti-Terrorism Act. Scores of suspects were arrested in the following days.

The incident saw widespread outrage and condemnation across Pakistan with politicians, scholars and civil society members calling for swift punishment to be meted out to the perpetrators. Reacting to the “horrific vigilante attack”, Prime Minister Imran Khan had termed it a day of shame for Pakistan. “I am overseeing the investigations & let there be no mistake all those responsible will be punished with full severity of the law. Arrests are in progress,”he had tweeted.

The Sri Lankan cricket legend thanked the premier on Monday for his actions.

“Thank you for all your efforts in bringing justice for the crime committed against Priyantha Diyawadanage, and for the continued support and commitment toward his family,” he tweeted.

He pointed out that such violent vigilante behaviour should be condemned vigororously, adding that an entire nation should not be judged because of the actions of a “small proportion of the population”.

He said Pakistan and Sri Lanka had a long-standing relationship and bond based on “strength and solidarity”, recalling past instances when the two countries had come to each other’s aid.

“You (Imran Khan) have always been unwavering in facing challenges whether it be on the cricket field or the political arena. Since you’ve become the prime minister of Pakistan, you have been carefully addressing some controversial issues in the country.

“In the same manner, I hope you will be able to teach the few misguided individuals within the Pakistani community to treat everyone with the same respect and dignity that all human beings deserve,” he said.

Reiterating his gratitude for the premier’s efforts to ensure justice, the former skipper added that the Sri Lankan nation appreciated the prime minister’s sentiments for the future of the deceased’s family.