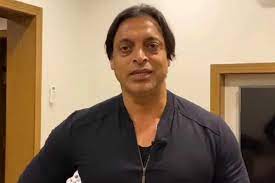 RAWALPINDI: Shoaib Akhtar, who is a big name in Pakistan cricket, and famous for his real fast bowling in the world, has announced the launch of his NFT. As soon as the announcement was made, “Shoaib Akhtar NFT” became a top trend on Twitter. Shoaib Akhtar is the only Pakistani who has announced the launch of his NFT in Pakistan, through which he will be able to exchange his digital copyrights in the world of cryptocurrency. It may be recalled that the world’s most expensive NFT has been sold for 69 million US dollars which was bought by a South Indian. In addition, Shoaib Akhtar has decided to launch Pakistan’s first crypto exchange with the students of NED University through the platform www.tenup.IO. Shoaib Akhtar said that he would also support the crypto community of Pakistan and take Pakistan forward in technology.