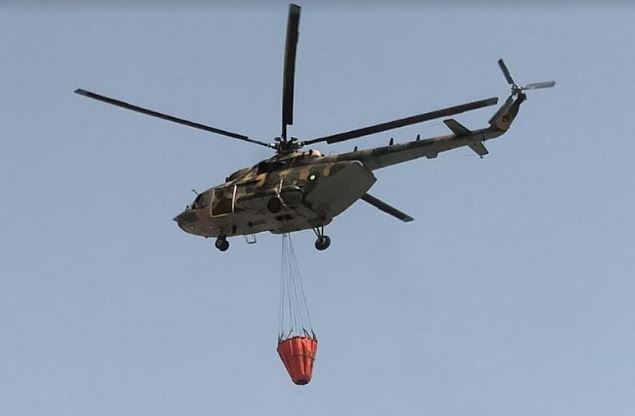 QUETTA, MAY 21: A forest fire in a Pine Forest near Shergali, Dist Sherani began on 18 May 22 and is continuing till now. Balochistan PDMA in co-ordination with NDMA is steering relief effort and org fire fighting activity. Army and FC Balochistan are providing max assistance. HQ 12 Corps is coord closely with PDMA. Fire is mostly on mountain tops (10000 ft high) away from population centers but conts to spread due to hot weather, inaccessible nature of terrain and dry winds; nearest village is approx 8 – 10 kilometers away from the location of fire.

However, 10 x families residing in isolated houses have been shifted to Medical relief camp established in Manikhawa by FC Balochistan.A FC Wing and 2  Army helicopters alongwith local administration and Levies have been employed in fire fighting and relief efforts. 1 helicopter is being used to drop water and other is being used to drop fire ball and fire extinguishing chemicals on the fire.