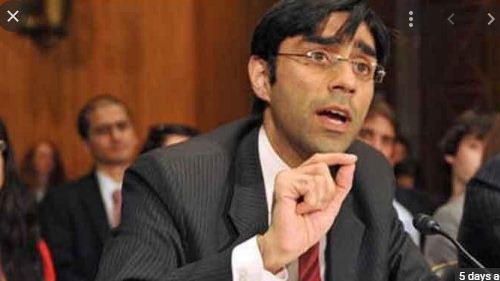 The Committee was presided by its Chairman, Senator Mushahid Hussain Sayed and the briefing focused on Pakistan’s role in the changing regional scenario, Pakistan-American Relations, Pakistan-India Relations, the impact of the evolving situation in Afghanistan following the American military exit.

The Committee was informed that a broad-based roadmap is being developed for Pakistan-American relations which includes cooperation in commerce and trade, investment including vaccine manufacturing, climate change and military to military relations as well as promoting regional economic connectivity. Dr. Moeed Yusuf also briefed the Committee on his meeting with his American counterpart in Geneva last month. Regarding Afghanistan, Pakistan’s perspective is very clear in promoting an inclusive political settlement with a  view to ensure that Afghan territory is not used against Pakistan and Pakistan to ensure his commitment that its territory will not be used against any country.  The international community is also being informed about Pakistan’s concerns about the potential fallout of the Afghan crisis particularly in the new influx of refugees.

On Pakistan-India relations, Dr. Moeed Yusuf said that the onus was on India to start the dialogue process after reversing the wrongs in Indian Occupied Kashmir, particularly the August 5, 2019 decision, its efforts to change the demographic balance in occupied territory plus the release of political prisoners and lifting of the internet blockade. Referring to Pakistan’s transition to geo-economics, Dr. Moeed Yusuf underlined that the 3 pillars of this strategic reorientation which includes regional connectivity, partnership for development and the quest for peace within and peace without.

He also invited input from the committee on defence and national security in the preparation of a comprehensive document pertaining to Pakistan’s national security policy. In his remarks, the Chairman of the Committee, Senator Mushahid Hussain Sayed welcomed Dr. Moeed Yusuf and lauded his contribution in injecting fresh ideas and new thinking on Pakistan’s national security, particularly on strategic communication and the transition of geo-economics.  Senator Mushahid Hussain said that the Senate Committee on Defence & National Security would present its own ideas and input as well on the issue of national security so that any policy that is formulated by the government is inclusive, broad-based and representative of all shades of opinion.

He also proposed that lawfare be  made an integral component of Pakistan’s approach on national security and he also underlined the need for a comprehensive counter-terror strategy as well as a creative India policy that also has a broader South Asia perspective. Senator Mushahid Hussain said that given the new emerging situation in which national security can no longer be defined in terms of military might alone, the concept of human security must include elements that are crucial for the wellbeing of the people of Pakistan including health, climate change, population planning, food security and water scarcity, a perspective which Dr. Moeed Yusuf fully endorsed. All the members present participated  in a candid discussion on issues of defence and national security and the committee expressed its satisfaction on the informative briefing that was provided by the NSA.

The Committee also unanimously approved the Maritime Security (Amendment) Bill 2021. The committee also appreciated the role of the Maritime Security Agency at a time that the sea lanes are becoming crucial in national security particularly trade and connectivity and the committee accepted the invitation from the DG Maritime Security Agency to visit the HQs of the Agency at Karachi at a mutually convenient time. The committee also offered Fateha for the soldiers of the Pakistan Army who have martyred yesterday.  The meeting was attended by its members, Senators Dr. Zarqa Suharwardy Taimur, Hidayatullah, Mohammad Ayub, Rukhsana Zuberi, Palwasha Mohammad Zai Khan and Secretary of the Committee Major ®️ Syed Hasnain Haider.