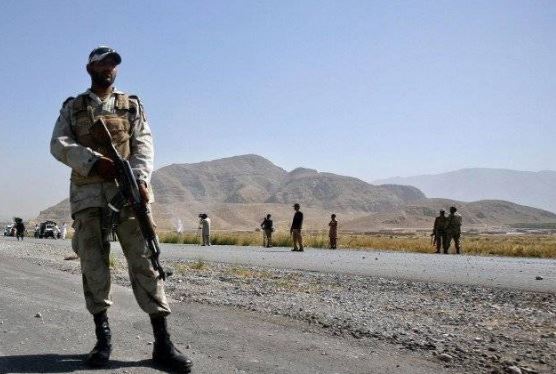 RAWALPINDI, MAR 8 /DNA/ – Based on information of presence of a Terrorists’ Hideout in general area Gorchop, Turbat, Balochistan, Security Forces conducted IBO today to apprehend externally sponsored enemies of peace in Balochistan. Once the troops started clearance operation in the area, Terrorists tried to escape from their camp and opened indiscriminate fire onto security forces. 7 Terrorists including Commanders Hasil Doda and Washdil have been killed in ensuing heavy exchange of fire. These terrorists were involved in recent firing and attacks on security forces in Makran Division. In addition, a significant cache of arms and ammunition has also been recovered which was intended to be used in terrorist activities. Operations to eliminate such perpetrators of terrorist acts in Pakistan will continue and they will not be allowed to sabotage peace, stability and progress of Balochistan.