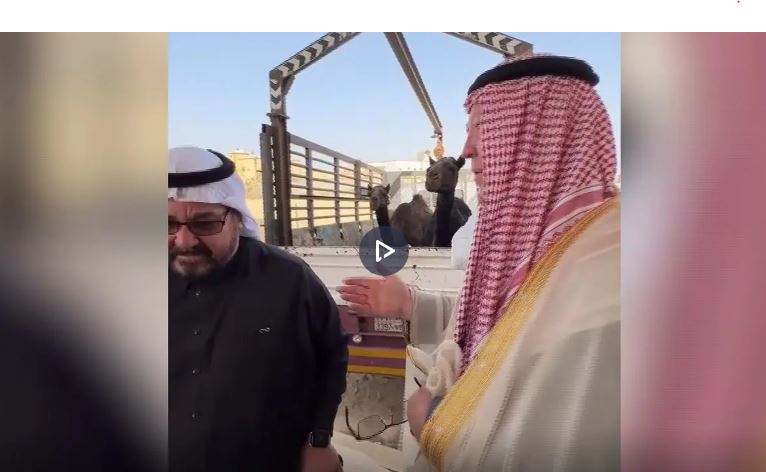 A video posted to Twitter of a Saudi man gifting American men two camels as a gesture to thank them for their kindness towards his son, Saudi travel blogger Thawab al-Saubaie, while he was in the US, has gone viral.

Al-Subaie lived in the US for several years, studying and gaining work experience, and from the video he posted on Twitter, it was clear that the American family had been very hospitable during his stay in their country.

The video showed al-Subaie’s father generously welcoming the American guests, one of which goes by the name of Sid Fritts, and giving them a speech about how grateful he was for their kindness and hospitality when his son visited them in the US.

“We thank you for hosting our son back in the States in the best way possible,” said al-Subaie’s father in the video.

“Because we cherish you and love you, the most valuable thing to our hearts and in the Kingdom of Saudi Arabia is the camels. We are happy to have you and these camels are [being] gifted to you on behalf of [the family] and Saudi Arabia,” he added.

Often deemed as the ‘Ship of the desert’ and ‘Ata Allah’ (which translates to the ‘Gift of God’), camels are a very important part of Saudi’s cultural heritage because they used to be an essential part of their lives before cars were introduced to the world. For centuries, camels provided them with a lot of basic life necessities such as transport, milk, food and clothing.

These highly resourceful creatures are very expensive to buy, often ranging from $55,000 to $10 million.