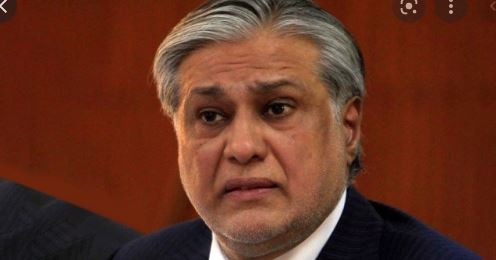 ISLAMABAD, FEB 08 (DNA) — The Election Commission of Pakistan (ECP) will take up a petition seeking disqualification of PML-N leader Ishaq Dar as senator on Feb 21.

Advocate Azhar Siddique filed the petition requesting the commission to disqualify Dar as a member of the Upper House of Parliament under Article 63 of the country’s Constitution. The petition will come up for initial hearing on Feb 21. An intimation notice has been issued to the petitioner in this regard.

Siddiqui stated in the petition that a court declared the PML-N senator-elect as a defaulter in the case of appointment of Attaul Haq Qasmi as the chairperson and managing director of Pakistan Television (PTV).

The Senate chairman is bound to send a disqualification reference to the Election Commission under Article 63 of the country’s Constitution but he has not done so, he lamented. Siddique pleaded with the ECP to disqualify Dar as a member of the upper house of Parliament.

Dar was elected as a senator on a technocrat seat from Punjab in 2018. He could not take oath due to his stay in London. However, the SC suspended his membership over his failure to appear in court on May 8, 2018. =DNA