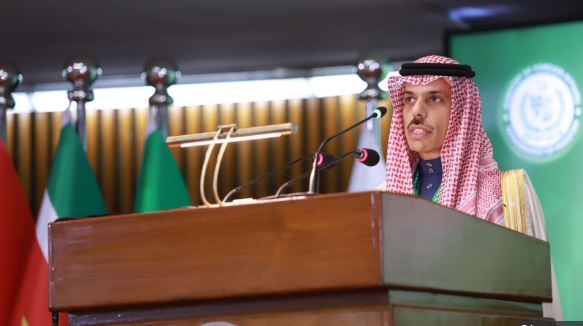 ISLAMABAD, Saudi Arabian Foreign Minister Prince Faisal
bin Farhan on Sunday announced that the Kingdom had allocated one
billion Saudi riyals for the assistance of people of Afghanistan.

Prince Faisal bin Farhan said the world needs to respond to the
escalating humanitarian crisis facing the people of Afghanistan.

Addressing the emergency meeting of the Organization of Islamic
Cooperation (OIC) Foreign Ministers held in Islamabad, the Saudi foreign
minister said that the deteriorating humanitarian situation in
Afghanistan will affect regional stability.“We call on the international community to help stop the deterioration
of the situation in Afghanistan,” he added.

Prince Faisal said Afghans themselves must contribute to ending the
tragedy in their country. “We must ensure that Afghanistan is not used
to shelter terrorist and extremist groups,” the Saudi foreign minister
said, adding that the Kingdom condemns the terrorist attacks of ISIS in
Afghanistan.The collapse of the current situation in Afghanistan will lead to chaos
that will have an effect regionally and globally, he said.Prince Faisal also said that a Saudi air and land bridge has been
established to transport humanitarian aid to Afghanistan.