Rizwan nominated for ICC Men’s T20I player of the year 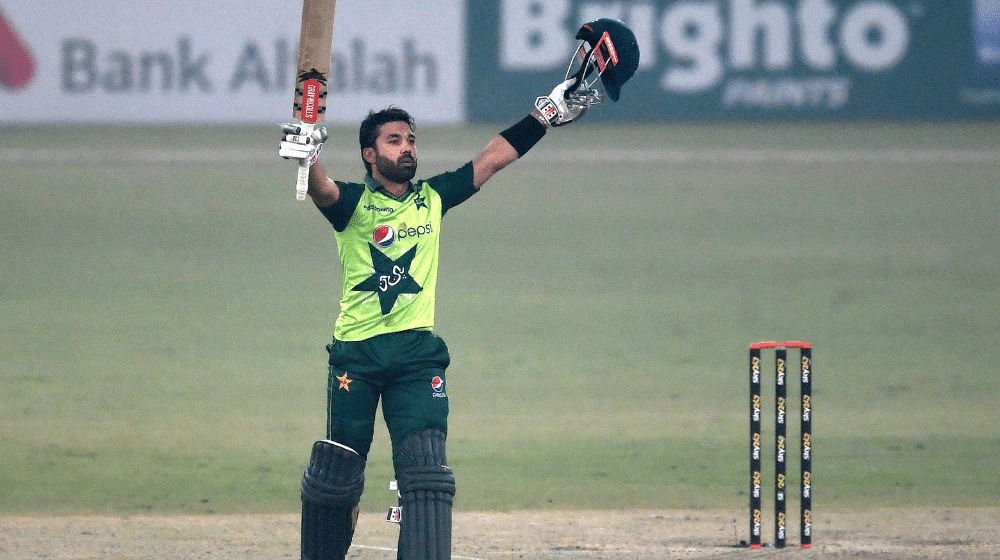 ISLAMABAD , DEC 29 : Pakistan wicketkeeper Mohammad Rizwan is among the nominees for ICC Men’s T20I Player of the Year, after his prolific performance during 2021. Rizwan was the highest run-scorer this year, with 1326 runs in 29 matches at an average of 73.66.

“The Pakistan wicketkeeper-batter [Rizwan] ruled the roost in 2021 when it came to the shortest format of the game,” the ICC said in a press release.  “Apart from his exploits with the bat, he was as solid as ever behind the stumps, playing a key role in Pakistan’s run to the semis during the ICC Men’s T20 World Cup 2021, where he ended up as the third-highest run-scorer.”

“He also scored the maiden T20I century of his career against South Africa in Lahore early in the year and ended it continuing his form with a brilliant knock of 87 against West Indies in Karachi. With another T20 World Cup coming up next year, Pakistan will hope that Rizwan continues in the same vein,” the press release added.

England’s Jos Buttler, Sri Lanka’s Wanindu Hasaranga and Australia’s Mitchell Marsh are the other players in the race to win the elusive award.