Ready to talk with anyone except those who looted nation’s wealth: PM Imran 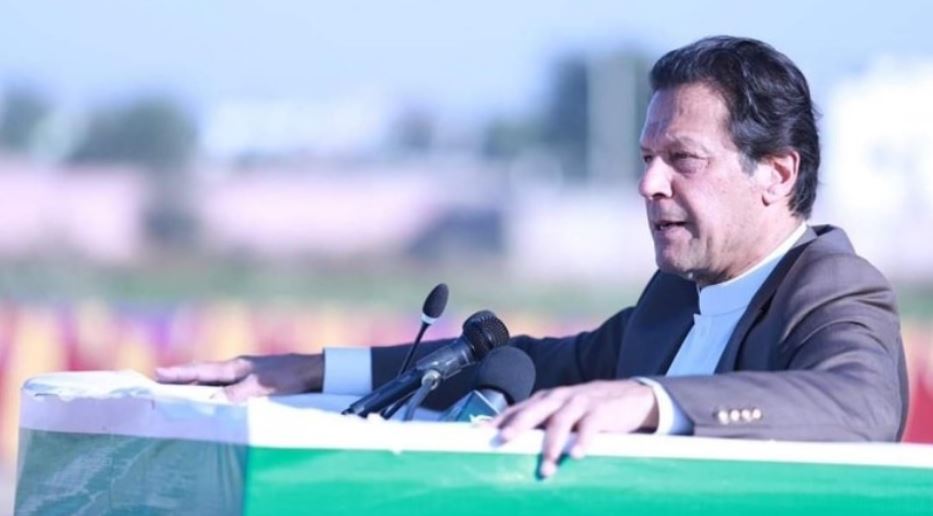 Mianwali, DEC 11: Prime Minister Imran Khan on Saturday said his government was ready to sit down and talk with anyone except for those who stole and laundered the nation’s wealth abroad.

Addressing a public gathering in his native Mianwali, which he was visiting to inaugurate multiple development projects, the premier said: “We are ready to talk to everyone who has a different ideology or whom we call right or left.

“We are ready to resolve our issues with them peacefully, be they in Balochistan or erstwhile tribal areas or Waziristan. The only ones whom we will never have any reconciliation with are those who looted and laundered the Pakistani people’s money.”

“My government will never reconcile or give NRO (National Reconciliation Ordinance) to those who did corruption,” he reiterated.

He said nations that struck deals with criminals got “destroyed” and could never develop because no one would bother to work hard if stealing wasn’t considered reprehensible.

“Every respectable society puts its thieves in jails and doesn’t strike deals with them. The prosperous countries have [one] rule of law, while those that are poor have different laws for the powerful and the weak are in jails,” the premier said.

During his visit, the prime minister broke ground for 23 development projects worth approximately Rs36 billion in health, education and road sectors for the uplift of District Mianwali. He also inaugurated another three projects, which were completed at a cost of Rs5.4bn.

The premier performed the groundbreaking ceremony of upgradation of the 38-kilometre Kalabagh-Shakardara road, which would cost Rs2.7bn and upgradation of District Headquarters Hospital with an estimated cost of Rs2bn.

“God willing, when we complete our five years, Mianwali would have witnessed the development which has never happened in its history… I always promised that if I get a chance, I will provide [the people] their right through my performance,” the prime minister told the public gathering.

The prime minister launched multiple projects under the Rs6.6bn PM Package-II and District Development Package, which consisted of Rescue 1122 service, 72 road projects and the upgradation of schools.

The rehabilitation and upgradation of Balkasar-Mianwali road, at an estimated cost of Rs13.5bn, and Wooded Land at Namal Lake and Kundia Forest Park costing Rs120 million, were also among the new projects.

The prime minister said the upgradation of the Balkasar-Mianwali-Muzaffargarh road would be complete in a year and a half.

He also assured the people of the water-deficient Mohar area that the government was considering the options of a canal as well as solar tube wells to provide relief from electricity bills.

The prime minister said the government was prioritising the education sector with a particular focus on girls’ education.

Regarding his brainchild Namal University, he said it would emerge as the “Oxford University of Pakistan”, which would attract students from across the country, besides facilitating the people of Mianwali.

The prime minister said the whole world, including the US, was facing unprecedented inflation owing to Covid-related lockdowns, which has led to the closure of businesses and reduction of production, and thus, causing price hikes.

However, he said Pakistan was still the cheapest country to live in and hoped that prices would come down within three to four months.

The prime minister added that in order to take the pressure of inflation away from the poor, the government had announced Ehsaas Rashan Scheme to provide a 30 per cent subsidy on flour, ghee and pulses to those with below Rs50,000 monthly income.

He also highlighted the government’s initiatives of offering interest-free loans to 3m families, Rs2.7m interest-free loans for house building, Health Card for the whole of Punjab by next March and Rs47bn in higher education scholarships for 6.2m students.