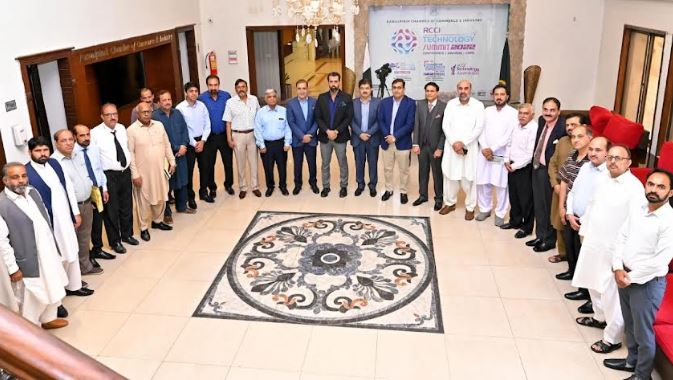 Rawalpindi: /DNA/ – The business community has demanded that double taxation and anomalies be removed from the Fiscal budget 2022-23. The procedure for fair value assessment to collect tax on deemed income from an unused property and deemed rental income is not clear. Litigation between landlord and tenant will increase manifold and caution that since more powers given to Inland officers, the authority may be misused and likely to increase blackmailing and corrupt practices. Tax slabs in proportion to the electricity bill are not realistic.

Addressing the post budget session at the Rawalpindi Chamber of Commerce and Industry (RCCI) President Nadeem Rauf said that the Government must introduce incentives to broaden the tax net.

Faraz Fazal, Convener of the Tax Affairs Committee, gave a detailed briefing on the key provisions and changes in the Income Tax and Sales Tax sections of the Fiscal Budget 2022.

Group leader and former President Sohail Altaf said that no concessions or incentives have been given to the overseas who send billions of dollars in remittances to Pakistan every month. At present the country needs dollars, he added.  The fixed tax regime for small traders is a welcome step , however, there is ambiguity in some cases which needs to be removed.

The finance minister in his budget speech announced that there will be no audit for next four years, but it has not been included in the budget document. We demand that the policy regarding tax audit be clarified, he said. In the post-budget meeting, the 0.25 percent tax imposed on the IT sector was opposed and also demanded that the tax exemption for IT be maintained. The establishment of ADRC for resolving tax disputes is welcome but the limit of Rs 100 million should be abolished.