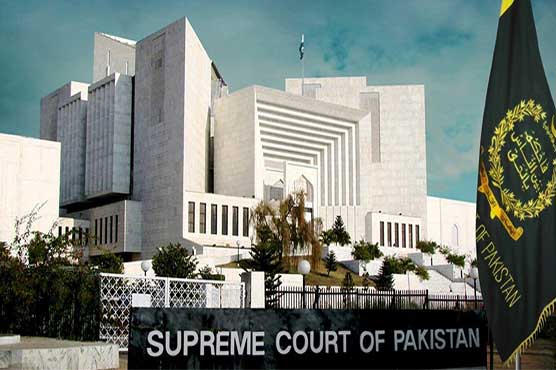 ISLAMABAD JAN 28 (DNA) :  Chief Justice of Pakistan (CJP) Gulzar Ahmed on Tuesday has expressed resentment on Federal Minister for Railways Sheikh Rasheed over poor performance of his department.
While hearing the Railways deficit case, the CJP remarked, “90 people had lost their lives in Liaquatpur train accident. What you have investigated until now. You should have better resigned from the post.”

Responding to the judge’s remarks, the minister blamed Ministry of Planning, Development and Reform of not cooperating with Railways despite repeated complaints over which, the court has summoned Asad Umar in next hearing.

The top judge said to Rasheed that in his tenure, there are cases of illegal appointments and occupation of Railways lands. It seems that your administration has failed to run this department smoothly, he asserted.

Taking to media outside the SC after appearing in the court on Audit Report about Pakistan Railways, Minister for Railways Sheikh Rasheed Ahmed said his ministry would abide by instructions by the apex court in improving Pakistan Railways affairs.

“We are thankful to SC for taking up this matter. We shall proceed forward in light of its instructions. We shall also request the court to settle the stay orders issue,” he told.

Answering a question, he said, “This report is not of our tenure. But, we shall honor the court instructions. Even if the Chief Justice desired by resignation, I would abide by him.”

Earlier, Justice Gulzar Ahmed had expressed concerns over audit report and said that no other department is facing corruption more than Railways. The people traveling on trains in Pakistan are risking their lives, the CJP added.

The top judge further asked about the follow-up of Liaquatpur train blaze incident over which, Railways lawyer said that inquiry against two suspects is underway.

The CJP pointed out that the department has failed to install proper tracks and signals to ensure the safety of the passengers. World is developing its transportation system with bullet trains but we are still lacking advanced passenger and goods trains, he went on to say.

Not a single thing is working properly in Pakistan Railways, said Justice Ijaz-ul-Hassan.