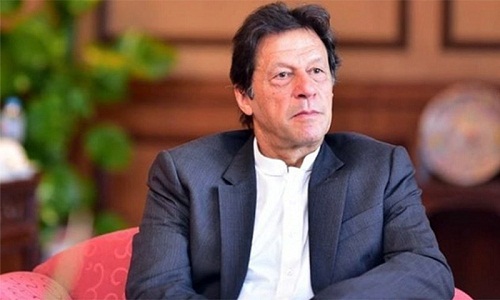 The Punjab members of the provincial assembly (MPAs) met PM Imran Khan in Islamabad today ahead of the Senate elections.

During the meeting, PM Khan assured the legislators to resolve public issues on a priority basis which are being raised by their representatives.
He said that more development projects are being launched in less-developed parts of the country for the first time due to the federal government’s priority for the development of the common man.

He criticised that the opposition parties are using negative tactics to get victory in Senate polls. The premier said that he was in support of an open vote for ensuring transparency in the Upper House elections.

PM Khan said that Pakistan Tehreek-e-Insaf (PTI) lawmakers are being contacted but they are united. He expressed hopes that they will get success in the upcoming Senate polls.

As per details, the meetings were held at PM’s Chamber at the Parliament House with an aim to address concerns of the lawmakers ahead of the Senate elections.

On the occasion, the lawmakers of the tribal districts assured PM Imran Khan of their full support in the upcoming Senate elections that are scheduled to take place on March 3.

It is pertinent to mention here that a tough contest is expected on the Senate’s Islamabad seat between Finance Minister Hafeez Shaikh and former prime minister and PDM’s candidate, Yousuf Raza Gilani.