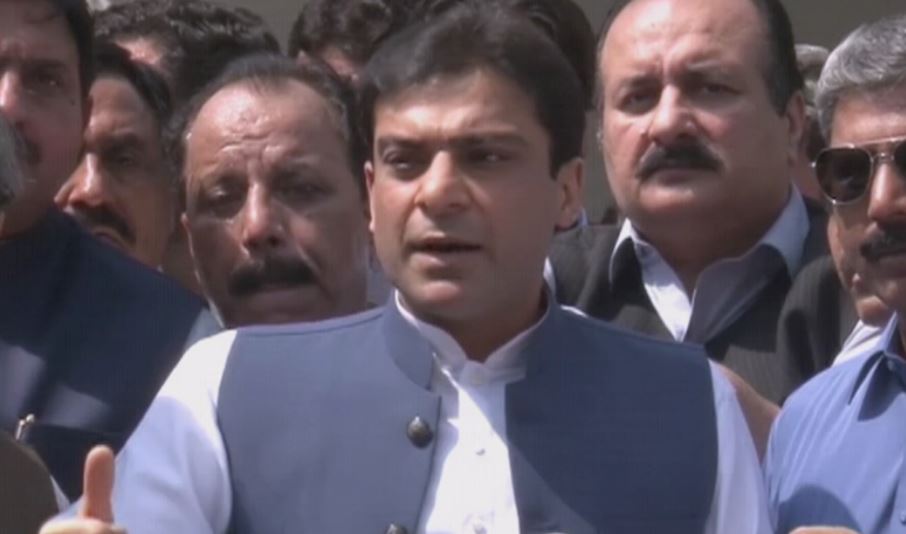 Lahore: Punjab Chief Minister-elect Hamza Shehbaz moved the Lahore High Court (LHC) on Friday, seeking the administration of oath to him by “a person nominated by the court” owing to the “defiant attitude” of President Arif Alvi and the province’s governor, Omar Sarfraz Cheema.

This is the third time that Hamza — who was elected as Punjab’s chief executive on April 16 during a provincial assembly session marred by mayhem — has sought LHC’s intervention over his oath-taking process as the Punjab governor continues to refrain from administering oath to him, questioning the validity of his election, and President Alvi is yet to nominate another individual to perform the duty, as directed by the high court earlier.

In a petition filed on Friday, Hamza contended that the governor and president had proved themselves to be “guided by whims and fantasies instead of law and Constitution” by refusing to abide by the court’s orders on his previous two petitions.

The PML-N leader had first approached the court after Cheema refused to administer oath to him. After hearing the arguments, the court had instructed President Alvi to appoint a representative to administer the oath in the absence of the governor.

However, after further delay by the president, Hamza had moved the court again on April 25. This time, he had asked the LHC to instruct Senate Chairman Sadiq Sanjrani to administer oath to him. In his ruling, LHC CJ Ameer Bhatti had directed Governor Cheema to complete Hamza’s oath-taking process by April 28.

In the third petition submitted today, the CM-elect said: “No heed has been paid to the direction issued by the Constitutional Court and the Governor and President are harping on the same looney tunes of their purported notions which have already been condemned and deprecated as transgression of constitutional mandate.”

The conduct and actions of the governor and the president were “contemptuous and treasonous” as they held in abeyance the constitutional provisions and mandate by unconstitutional means, the petition stated.

“Such blatant contemptuous conduct requires the initiation of proceedings under Article 6 and Article 204 of the Constitution ahead of all other actions.”

Hamza also highlighted that Punjab had been functioning without an active government for nearly a month now and pleaded the court to “end the constitutional crisis”.

“Article 199(1)(C) empowers this Hon’ble Court to enforce fundamental rights. The Judicial Branch has long been described as the ‘Balancing Branch’ and our Courts are the balance wheels of our entire constitutional system,” he said.

Subsequently, the CM-elect requested that his petition be taken up on the above mentioned grounds in the interest of justice, equity and in order to restore constitutional functioning of the province.

“Kindly direct the administration of oath to the Chief Minister Elect by a person nominated by this Hon’ble Court at the Governor House at a specified time and the coercive arm of the state be set in motion for implementation of the orders of this Hon’ble Court,” the petition prayed.

It added that the defiant attitude of Cheema and President Alvi should be declared to be “utter and blatant violations of the Constitution”.

Later in the day, Hamza’s petition was fixed for hearing. It would be taken by Justice Jawad Hassan shortly.