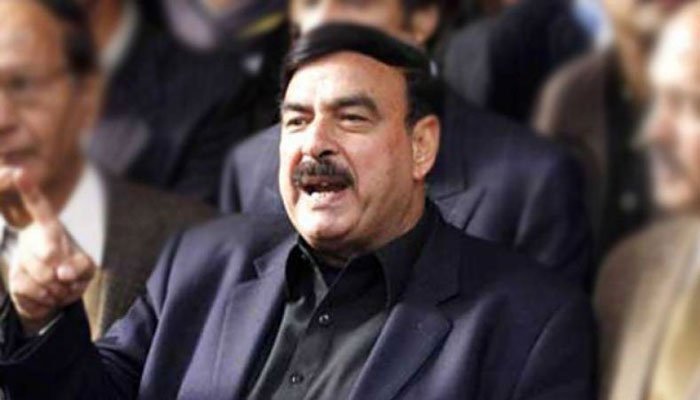 RAWALPINDI , NOV 11: Interior Minister Sheikh Rasheed on Thursday said that the allies of the federal government have reservations on the electronic voting machines (EVMs).

Speaking to media in Rawalpindi, Sheikh Rasheed said that the joint sitting of the Parliament has been postponed by the government. The minister said he was in favor of negotiations with TLP from day one.

He said that he is not aware of the contents of the recent agreement between TLP and the government and will know its details when the government decides to make it public. Expressing his views on the ongoing ICC T20 Men’s World Cup 2021, Rasheed said that his final was on day when India was defeated by Pakistan. I pray for Pakistan’s victory against Australia, he said.

Providing details of development work in Rawalpindi, Rashid said that in a short span of time three women’s colleges were established in the city. Special attention was paid to girls’ education in Rawalpindi and we planned for 20 years and constructed three universities and seven colleges.

The backdoor lobbying of the government led by Prime Minister Imran Khan has reportedly failed to garner the support of parliamentarians over the electronic voting machine (EVM) bill that Pakistan Tehreek e Insaf (PTI) was set to table, said sources.

According to the insiders, the lobbying with the government bloc to seek support for the bills, to be tabled by PTI, have failed as Muttahida Qaumi Movement – Pakistan (MQM-P) and Pakistan Muslim League – Q (PML-Q) have shared their reservations.