PSL 2021: ‘Eager’ Sarfaraz wants Quetta Gladiators to give their best in remaining matches 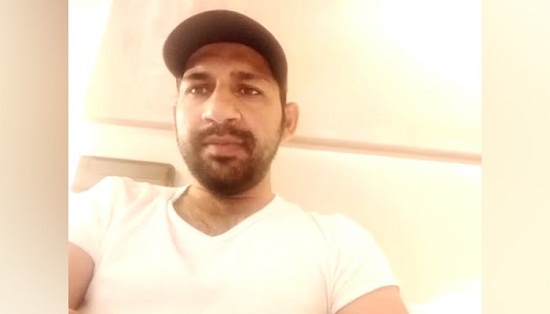 KARACHI: Quetta Gladiators skipper Sarfaraz Ahmed said Saturday he was “eager” to step out of his mandatory quarantine and be back on the cricketing field.

In an exclusive interview to Geo.tv, the captain of Quetta Gladiators said he wants his side to now take the PSL as a single league tournament and attempt to win every match in remainders.

The former Pakistan captain also spoke about his life in quarantine and how it has affected the performance of players, especially his team.

“It is not easy to spend time in a bubble. The Pakistan team has continuously been in bubble after bubble for more than a year now and it is difficult,” the skipper said.

Sarfaraz said a person is limited to the hotel and ground and has no activities to do — and the maximum a person can do is mingle with their teammates.

“This can take a toll on you.”

“Personally, I miss my family when I am travelling. We are unable to bring them along due to strict protocols,” he added.

Sarfaraz said mandatory quarantine after arrival in any country deprives a player of precious time before action in any tournament.

“When a player arrives in any country, he has to undergo 7, 8, or 9 days in quarantine, and then once he gets over it, he’s directly sent into the field to play. So this affects your performance,” he said.

Sarfaraz is currently in Abu Dhabi for the remainders of the sixth edition of PSL. While most of his teammates have completed the mandatory quarantine, the wicket-keeper batsman is waiting for his quarantine to end as he had missed the chartered flight — that brought most of the participants to Abu Dhabi — due to visa issues.

“I am not counting the days, I am counting the hours,” said the former captain of the national side, who will complete his quarantine on June 7.

“I am eager to be back on the field, prepare well before the action and give my best to my team,” he said.

Talking about his side’s position on the table, Sarfaraz said he wants the Gladiators to forget about the current position and look ahead.

“I want them to play each game as a knockout game. I am taking this as a single league tournament now. We will try to win all remaining five games and be in the play-offs, if not five, then at least four of them,” he said.

The captain added that in the tournament’s Karachi leg, his side had to pay the price due to poor fielding and they’ll have to overcome this problem.

Replying to a question, Sarfaraz said the delay in the tournament has deprived teams of some important players. “We are missing some of our regular players and the same is the problem with other teams. Nevertheless, we’ll try to form the best playing XI and do well.”

“My personal goal here would be to continue my batting form, score big runs and make my team win every match from now,” the Gladiators captain said.