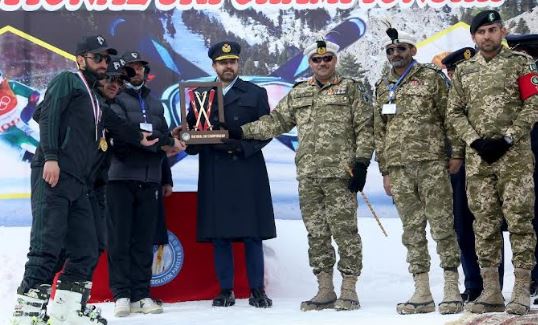 Addressing the ceremony, the Chief Guest appreciated the efforts of PAF and WSFP for the promotion of winter sports in Pakistan. He also congratulated all stakeholders for successfully holding the mega event.