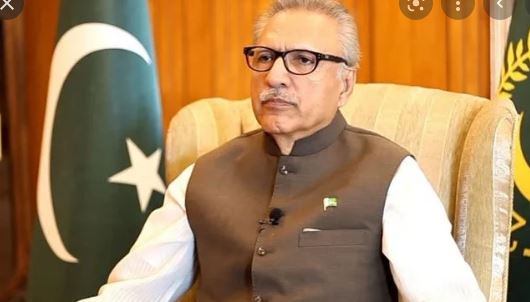 Islamabad, NOV 3 /DNA/ – President Dr Arif Alvi has urged the business community to employ persons with disabilities (PWDs) and women, and improve their business skills to empower them financially. He emphasized the need for facilitating differently-abled people (DAPs) by providing them easy access to buildings and workplaces. The President made these remarks while talking to a delegation of Entrepreneurs’ Organization (EO), led by President EO, Lahore Chapter, Mr Mohsin Khawaja, at Aiwan-e-Sadr, today.
Talking to the delegation, the President said that the Government was taking every possible measure to provide a level playing field to the business community and entrepreneurs. He underlined that the business sector of the country needed to adopt an outward-looking approach and remain abreast of the changing trends in the international markets enabling them to compete in regional and global markets. He highlighted that the main focus of the Government’s economic strategy was to enhance the country’s exports, reduce the trade deficit and support the underprivileged sections of society. The President stated that the Investment Policy of Pakistan had been designed to provide a comprehensive framework for creating a conducive business environment and attracting foreign investors. He added that the ease of doing business reforms, initiated by the Government, had led to improving Pakistan’s ranking in the global Ease of Doing Business Index from 108 to 136.
President EO, Lahore Chapter, Mr Mohsin Khawaja, informed the President that EO was playing an active role in the economic development of the country. The delegation apprised the meeting about its contribution in exports and providing employment to the people. It expressed satisfaction over the economic policies of the Government and lauded its business and investment-friendly policies. The delegation also briefed the President about certain problems being faced by them.
The President assured the delegation to take their grievances up with the concerned quarters for redressal. He urged the delegation to play a proactive role in increasing the country’s exports through value-addition and enhancing access to global markets. He also asked EO to play its role in encouraging the business community to pay their taxes.