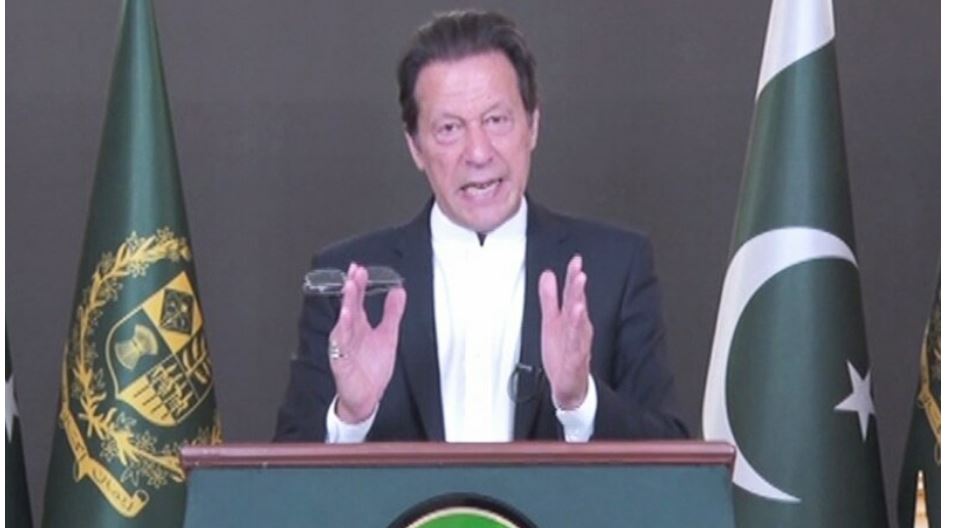 ISLAMABAD, NOV 3: Prime Minister Imran Khan is addressing the nation to announce a package to mitigate the hardships of the inflation-hit public.

At the start of his speech, the premier said he would announce “the biggest welfare programme in Pakistan’s history”, which he said would take the country towards becoming a welfare state. He said the PTI government had inherited a difficult economic situation, and thanked Saudi Arabia, the UAE and China for providing the help that saved Pakistan from defaulting.

“We had to approach the IMF, we were stabilising the country for a year and then corona came,” he said, lauding the NCOC for taking data-based decisions that helped Pakistan’s coronavirus fight.

“We were internationally acknowledged for being one of the few countries to deal with Covid-19 in the best manner.”

Fearing unemployment, the premier further said, the government imposed “small and smart” lockdowns instead of completely shutting down the economy. “We especially saved agriculture and construction, which create jobs in urban areas and [increase] exports,” he added.

The PTI earlier said in a tweet that the prime minister would “announce a big public relief package in the country’s history during his address”.

The prime minister’s plan to address the nation was first disclosed by Information Minister Fawad Chaudhry on Monday, who said the premier would soon announce a “big package” to deal with rising inflation, providing relief to 10 million people directly.

Meanwhile, Special Assistant to the Prime Minister on Political Communication Shahbaz Gill told media persons that the prime minister would take people into confidence on the current economic situation and share details of the inflation package.

The government has been facing severe criticism from the opposition, particularly after Prime Minister Imran approved a Rs10 increase in the price of petrol last month. Major opposition parties, including the PML-N and the PPP, have held countrywide rallies and protests over what they term “unprecedented inflation in the country”.

Inflation measured through the Sensitive Price Index posted an increase of 1.23 per cent for the week ended on October 28 driven by a sharp rise in the prices of essential food items, data released by the Pakistan Bureau of Statistics showed.

This was the fourth consecutive week that witnessed an upward increase. Earlier, the finance ministry had warned of inflation further rising in the country.

Last month, Planning and Development Minister Asad Umar had ruled out “immediate relief” in rising commodity prices, saying it could take at least five months for the “abnormal increase” in global prices to head towards normalcy.