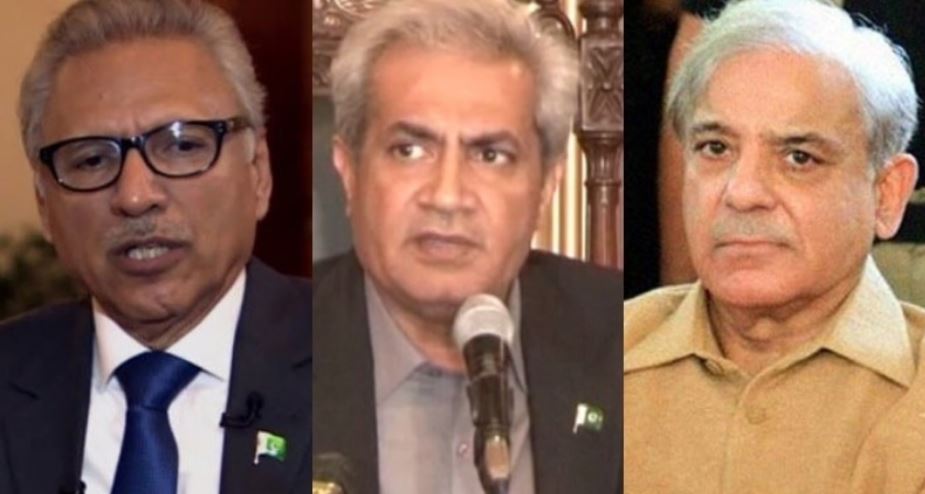 “The president further highlighted that he was committed to stand by the provisions of the Constitution of Pakistan in these difficult times and strongly rejected the advice of the prime minister to remove the Punjab governor,” said the press release from the President’s Secretariat.

In the first summary PM Shehbaz sent to the president on April 17, he had recommended the name of PPP’s Makhdoom Ahmad Mahmood as the Punjab governor. However, when President Alvi returned that summary after holding it for 15 days without a decision, the premier re-endorsed the advice on Saturday asking for Cheema’s removal, and appointment of a PML-N loyalist from Bahawalpur, Balighur Rehman.

Alvi conveyed to the prime minister that the governor could not be removed without his approval and would continue to “hold office during the pleasure of the president” in accordance with clause 3 of Article 101 of the Constitution.

“He wrote that the incumbent governor cannot be removed as there was neither any allegation of misconduct nor conviction by any court of law or of any act committed by him contrary to the Constitution of Pakistan,” said the press release.

President Alvi highlighted the governor’s constitutional role and said he had sent a report on proceedings regarding the chief minister’s election in the Punjab Assembly that had raised questions regarding the validity of Usman Buzdar’s resignation as the provincial chief and the shifting of MPA loyalties.

“The president emphasised that it was essential that the incumbent governor should continue to stay to encourage and promote a healthy and clean democratic system where members are not coerced or bought to bring about an illegitimate change and Article 63A of the Constitution specifically discouraged such activities,” the press release added.

Earlier in the day, Interior Minister Rana Sanaullah said the president was bound to follow the prime minister’s advice and any deviation from it would be unconstitutional.

He said the presidency was a symbolic office in a parliamentary democracy and did not have “veto power”. “The presidency is not a PTI secretariat. Don’t be a slave to Imran Khan [and] follow the Constitution,” Sanaullah said.