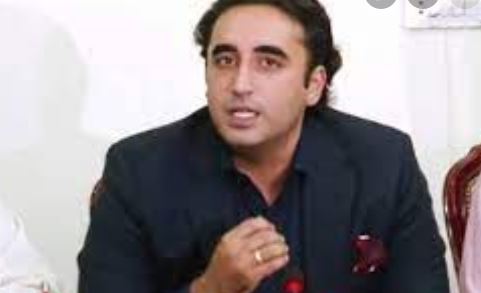 ISLAMABAD, JAN 23 (DNA) — A ‘Farmers Tractor Trolley March’ under Pakistan People’s Party (PPP) will be held across the country on January 24 (Mon) at the divisional level on the directives of party Chairman Bilawal Bhutto Zardari.

In this regard, Chairman Bilawal Bhutto Zardari will address a gathering of rallies coming from different cities and tehsils of Hyd

Bilawal will leave for Larkana after addressing the Farmers Tractor Trolley March in Hyderabad Division, where he will address a function on January 25 (Tue) in Larkana City regarding granting of property rights to slums.

Bilawal will also hold a media talk after the inauguration of Sindh Solid Waste Management Project in Larkana on Jan 26 (Wed). Chairman PPP’s upcoming programs announcement and more details of the current announced programs will be shared with the media.

On the other hand, former prime minister of Pakistan and leader of the opposition in the Senate Syed Yousuf Raza Gillani chaired the Long March Organizing Committee meeting via video link.

The meeting reviewed the implications of the Long March in the context of domestic political affairs and the preparations and strategies for ensuring its success. The meeting also reviewed the final stages of preparations for the Farmers Tractor Trolley March to be held on January 24.

The Long March Organizing Committee will instruct all organizational officials, sub-wing to intensify their activities across the country in connection with the historic long march of PPP on February 27. Meanwhile, PPP’s Central Punjab President Raja Pervez Ashraf along with Hassan Murtaza held a press conference at PPP Model Town Secretariat.

On this occasion, Raja Pervez Ashraf said that two important people have joined PPP.  Raja Pervez welcomed both the leaders and said that people from different areas are joining.  He added that the people are looking at us and we will try to live up to their expectations.

Raja said that in Sahiwal, farmers took part in the farmers’ march. There will be tractor-trolley marches in different areas tomorrow, he added. Raja Pervez further said that agriculture plays anchoring role to flourish an economy of the country.

Raja said that today the farmer is weak as no electricity, water and fertilizer is available to the community. The long march will leave for Islamabad on February 27, he added. PPP Parliamentarians spokesperson Shazia Marri in response to the Prime Minister Imran Khan’s speech said that the selectors filled the Minar-e-Pakistan for you.

In three and a half years only the Prime Minister has come above the poverty line, Shazia added. Shazia said that the premier Imran will face the poor afflicted by ballooning inflation and unemployment.  We do not do politics of revenge but will not leave those who spoiled the country, Shazia added.

Former Member National Assembly Ali Musa Gillani said that the policy statement should come from the Prime Minister. Shah Mehmood Qureshi’s letter has no significance, he added. He further said that if the government brings a bill, the PPP will vote first.

Ali Haider Gillani said that the government is not serious in creating a separate province. When the private member raised the issue, Shah Mehmood Qureshi also came up with the idea. =DNA