Point of no return 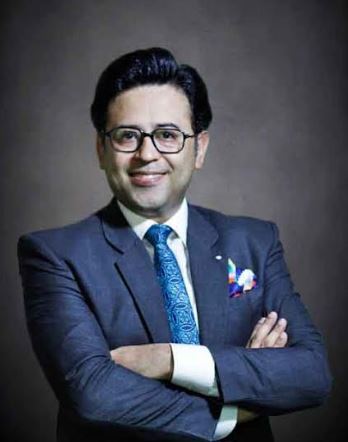 A specific altitude, at a specific speed, beyond which the airplane cannot be saved and when the crash is imminent is called point of no return. This term is very well known to pilots and especially air force pilots. However, this term is not only limited to flying. In everyday life, during the course of making decisions, one often comes across the point of no return. Beyond a certain point in time, it becomes impossible for you to control the consequences. Once you commit your first crime, it becomes impossible to reverse time.

In a common man’s life, such points of no return are not very remarkable, unless one starts analyzing life minutely. But as far as states or corporations are concerned such points in time are easily identifiable. In early 1990’s Americans came across one such point of no return. This was the time, when a decision had to be made about going to war, or not going to war, in the middle-east, during the Iraq- Kuwait crisis. At that point of no return they opted for war and global hegemony. Unfortunately, for the Americans, and fortunately for the rest of the world, the Americans could not identify that point of no return, hence indulged in war and ever since the Americans have been fighting wars, endless wars, everywhere. The middle-eastern conflict, later turned into war in Somalia, and Serbia, war in Bosnia-Herzegovina, the Kosovan war, war against terrorism, the last war in Iraq, the war in Libya, Syrian war, , war in Ukraine, and ultimately, maybe now, a full-fledge war in Europe, again under the guise of supporting Ukrainian “democracy”.

All of the aforementioned wars could have been avoided, and the Americans could have been in a leading position, had they not misread the point of no return in early 1990s during the Operation Desert Storm nonsense.As a result of missing that point of no return, today the Americans are facing an existential crisis, to be more specific; USA is engulfed in existential crisis. They have crisis of law enforcement, judicial and racial crisis, and now they even are facing economic crisis, despite the fact that so-called Bezoses and Musks of this world call themselves “Americans”.

Today it is China and Russia, who are talking about a multi-polar world. In this non-imperialistic, multi-polar world, Americans, and their ancestors (the British), have no place. They can enjoy the back benches if they want, but they can never be in the leading position. And this is what is causing hysteria among the rulers of these opportunists. Now that they are on the sidelines of a multi-polar world, they are trying to, once again, fight their way in, by inflating the non-existent conflict in Ukraine.

Though President Putin has repeatedly denied any plans to invade Ukraine but USA and EUare accusing Russia, for assembling 150,000 troops on the Ukrainian border, preparing to invade its pro-Western neighbor. USA intelligence claimed that Russia will do a false-flag operation on or before February 16, but on the contrary Russia has sent some troops back after the military drills. Many observers are currently focusing on the last week of February; end of the Winter Olympics in Beijing. More importantly, February 20 also marks the conclusion of joint Russian-Belarusian military exercises involving tens of thousands of Russian troops who are already conveniently positioned along Ukraine’s northern border. Overall it seems that West has aggravated the situation.

The simple reason for aggravating the situation is foreseeing the power shift, a power shift that is slipping from western hands to eastern ones. Only one thing can stop the swelling of eastern dominance in upcoming multi-polar world, and that is a decision of engaging countries into a huge destructive conflict. The westerns are still unable to recognize the fact in history that powerful countries at one point of time have to let others lead and meanwhile they rebuild themselves as Russia and China did in Post 1980’s world. Since 1980s, Russia and China brought a total 180 degree shift in system and structure, a significant change in paradigm, and a classic example of resilience.

Hence, the most important lesson to be learnt is, never underestimate the point of no return in your life, may you be an individual or a state. And as far as the dear Americans are concerned, they are more than 30 years beyond their point of no return. So it does not matter if they go to a new war in Ukraine or not. They are destined to crash.However, USA and EU can still eject the seat and save the world from the destruction. But, knowing the American psychology, and their hillbilly attitude, there are high chances that they will crash with a smile. A smile of an individual with lowest intelligence knowing not when not to smile.