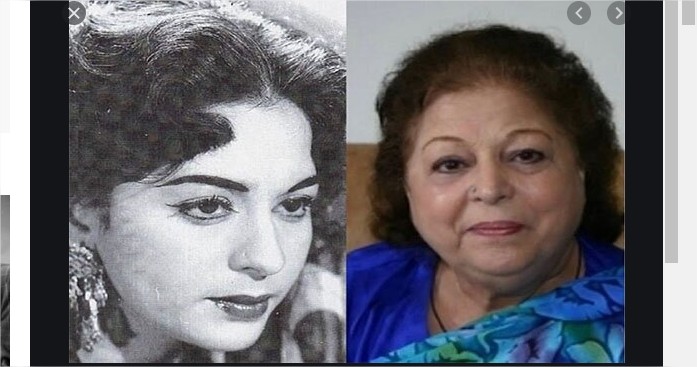 ISLAMABAD, JULY 14 –  Sabiha Khanum first lady of the silver screen of her time was paid glowing tribute in an online session arranged by Pakistan National Council of the Arts to recognize her services and contribution towards film industry.

Sabiha who passed at the age 85 in United States last month started her career as a stage artist and soon joined silver screen. Her pair with Santosh Kumar resulted in some of the most memorable films like Ghulam (1953), Gumnam (1954), Qatil (1955), and Sarfarosh (1956). Both the artists became so close to the extent of marriage and became the most adored, romantic couple of film industry.

Her acting, accent, both in Urdu & Punjabi was excellent beyond description. She also holds the credit of making some songs immortal by her unforgettable acting like Payal mein geet hain cham cham key’, ‘Wasta e rab da’ and Ulfat ki nai manzil’.

She also sang two national songs ‘Sohni Dharti’ and ‘Jug Jug Jeeye’, popularity of which never declined. The online session in her honor was aimed to pay tribute to the legendary artist and to enlighten the young generation about the contribution of our iconic heroes, heritage and virsa. Besides her family from U.S.A, a large number of experts, writers, intellectuals and her fans expressed their views on her life art and contribution to the film industry.

Sabiha and Santosh were first star couple that had the large fan following in Pakistan, they ruled the decade of fifty’s in film industry and continued their popularity till mid sixty’s when they gradually shifted to character acting said by Dr Fouzia Saeed Dg PNCA how hosted the program.

All the presenters remembered her and stated that she was a phenomenal actress and a wonderful human being. They recalled many golden memories. Her daughter said that ‘To the world, she was a legend, an actress from the golden age of movies who lived well into her golden years, a humanitarian whose commitment to justice and the causes she believed in set a standard for all of us to aspire . All her colleagues and juniors reminisced her professionalism, sense of humor, work ethics and kindness. She was truly an inspiration Her acting, accent (both in Urdu and Pnjabi), expressions and body language were excellent beyond description. Remembering her last days her daughter and granddaughter stated that She was recipient of pride of performance award in 1986. She received many awards for her best performance in Hassan Tariq’s film Aik Gunah or Sahi in 1975. Her successful family life is also role model for young generation. Her popular films include Beli, Ghulam, Gumnam, Sassi, Qatil, Hameeda, Sarfrosh, Ishq-e-Laila, Mukhra, Naji, Mosiqar, Daaman, Kaneezand Sawal. She also won Nigar Award for films Saat Lakh-1955, Shikwa-1963, Dewar Bhabi-1967, Sangdil-1981/82 and Eik Gunah Aur Sahi-1975