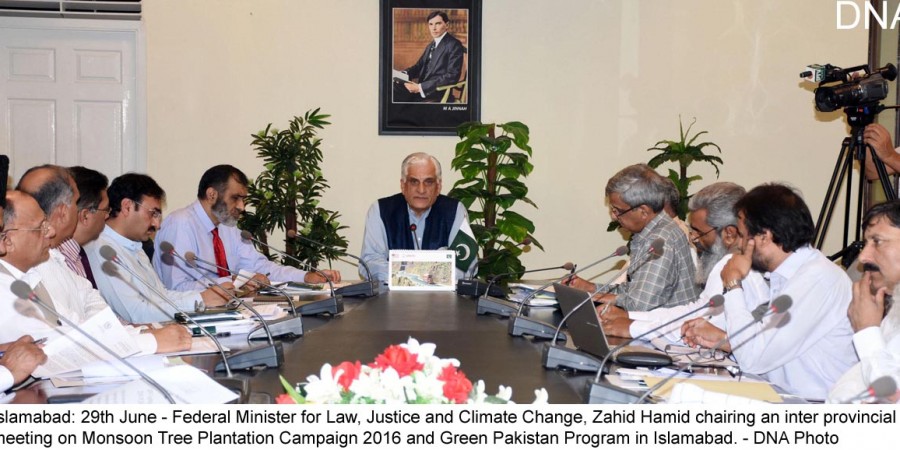 “The national Tree plantation campaign will start from 14th august 2016. The Prime Minister of Pakistan will launch Green Pakistan Program along with the inauguration of the Monsoon Tree Planting Campaign 2016”, said by the Federal Minister for Climate Change Mr. Zahid Hamid.

It was also decided in the meeting that that federal, provincial and local governments will make arrangements for planting by government servants in Islamabad, Provincial, divisional, district and tehsil headquarters.

They will select suitable sites at each station and provide necessary facilities for tree planting by government servants. In Islamabad CDA will make arrangements and organize special events for planting saplings by federal government employees, students, NGO’s and general public. CDA will communicate information on planting arrangements and events to Ministry of Climate Change for its timely circulation and coordination.

It was also informed to the participants during the meeting that to enable various government departments/agencies to concentrate on tree planting, special planting days are fixed. On 14th August 2016 will be inauguration of Monsoon Tree Planting Campaign at national level.