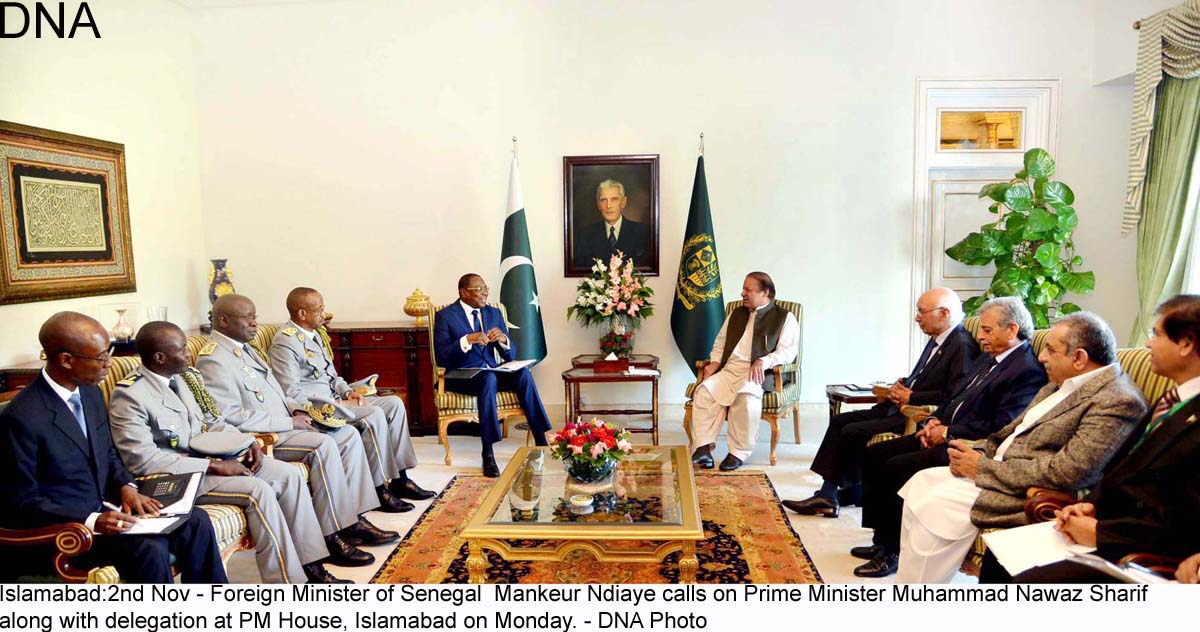 Rana Tanveer Hussain, Minister for Defence Production said that this is a matter of satisfaction that both countries enjoy warm and cordial relation. Pakistan attaches great importance to its relations with Senegal.

The Minister wished to enhance bilateral relations in all fields of mutual interest. The Minister said that Pakistan’s vision for Africa is to develop strong, close and cooperative relations by enhancing trade, investment and defence cooperation and establishing joint ventures as well as public-private partnership.

The visiting delegation also discussed the potential of defence industry of Pakistan and showed keen interest in the thriving Pakistani Defence Industry. They also thanked Federal Minister for warm welcome.

Mankuer NDIAYE Foreign Minister of Senegal also thanked Rana Tanveer Hussain, Minister for Defence Production for a deep insight into the matters of Senegal which were also shown in the meeting between Prime Minister of Pakistan and President of Senegal during the UNGA session. =DNA