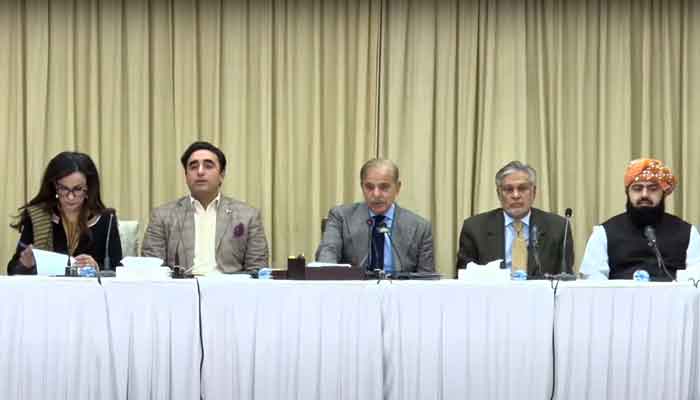 ISLAMABAD: Prime Minister Shehbaz Sharif Wednesday said the world reposed trust in Pakistan and pledged worth over $9 billion in flood aid despite indiscriminate propaganda by the rivals — Pakistan Tehreek-e-Insaf (PTI).

Addressing the media the premier said the government would continue to help the people affected by cataclysmic floods till their complete rehabilitation.

“At the conference, pledges worth $9.7 billion were announced for the Pakistan flood victims,” the PM said, congratulating his federal ministers for the hard work they and their teams put in before this critical conference.

The premier said that the world reposed trust in Pakistan despite the worst propaganda against the government, crediting his team for the success. “The ball is now in our court. We now have to transparently spend every single penny on the people’s prosperity.”

He said the presence of the representatives of all the provinces at the conference sent the message to the world that “we are united”. “The global community showed confidence in the coalition government of Pakistan.”

Speaking on the occasion, Foreign Minister Bilawal Bhutto, pointing toward PM Shehbaz, said “your foreign policy has been successful”. The top Pakistani diplomat, who was with the premier at the conference, said the government achieved two targets with one shot.

The support from the international community proved that Pakistan is not isolated as propagated by the government’s rivals, indirectly referring to the PTI. The PPP chairman added that now they would put in concerted efforts and help flood victims to steer them out of the crisis.