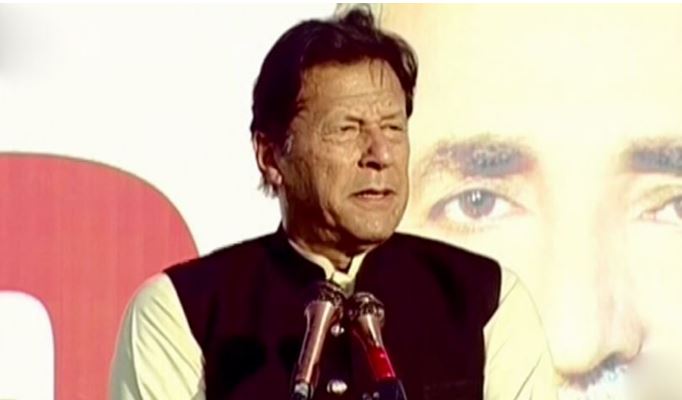 Hafizabad, MAR 13: Prime Minister Imran Khan on Sunday said he was unfazed by the opposition’s attempts to de-seat him through the no-trust move, saying the nation will witness that the “three rats who have united to dislodge the government will eventually get preyed upon” themselves.

Addressing a rally in Punjab’s Hafizabad, the prime minister first recalled the public welfare initiatives taken by his government amid the problems faced by the country before criticising the main opposition leaders.

The premier said people will see that those trying to dislodge him from the top office would get buried under the weight of their own conspiracy. He recalled that some 20 EU ambassadors had questioned him in the past on his stance of opposing drone attacks. “I asked them whether they will allow Pakistan to launch a drone attack at a Pakistan-based terrorist sitting in London for 30 years who has been involved in several killings in Karachi, the capital of Sindh,” he alleged.

Imran said he would not appease anyone or opt for a foreign policy that resulted in the country’s interest being compromised.

He called out JUI-F chief Maulana Fazlur Rehman, PML-N supremo Nawaz Sharif and PPP Chairperson Asif Ali Zardari for maintaining silence on US drone strikes in Pakistan between 2008 and 2018, saying those leaders never spoke for the rights of Pakistan.

He said his government would maintain relations with everyone “but will not make any compromise on national interests”.

PM Imran insisted that Pakistan was going to become a great country in the remainder of his term, adding that the incentives announced by his government would yield results in time to come.

PM Imran reiterated that he had rightly criticised the European Union for writing to Pakistan and asking the government to condemn Russia.

“The west only respects you when they see you are sincere towards your country,” he said.

He said he was respected in all countries he has visited so far as the prime minister. “I do not have any wealth stashed abroad nor I am involved in any corruption,” he claimed, adding: “I only entered the politics to serve my people.”

The prime minister said the crimes will only keep on rising if the nation stayed silent on wrongdoings in a society and allowed corruption, sex crimes and violence to become a norm.

He said his government had introduced a single national curriculum to remove class differences in the country. “Currently, only a tiny segment get good jobs while the rest of people end up getting low-scale jobs.”

He said it was imperative to teach the English language to everyone, but it should not be seen as a parameter to judge and differentiate people. “It only happened because we never overhauled our education system,” he added.

The prime minister said Pakistan was building two universities to empower the country technologically, and the varsities will enable Pakistan to manufacture its own aircraft.