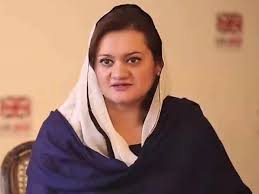 In a statement, the PML-N leader said country’s business, investment and
industry have been badly affected in the tenure of Pakistan
Tehreek-e-Insaf (PTI) and that we don’t seek any relief from the
‘selected’ government.

Every allegation against PML-N party leadership has proven wrong in the
courts, she stated.

Marriyum Aurangzeb further said the incumbent government aims at
demolishing country with National Accountability Bureau (NAB) Amendment
Ordinance 2019. The ordinance and department of anti-graft watchdog must
be made dysfunctional for the safety of governance, she went on to say.

The PML-N spokesperson asserted PM Imran is taking revenge from the
leaders of PML-N with fake cases. The premier has prepared NAB ordinance
to protect his companions, she alleged.

She further asked PM Imran and NAB chairman to apologize from all the
innocent prisoners of PML-N and other opposition parties.

Earlier, Marriyum Aurangzeb had claimed that incompetent government of
PTI has presented National Reconciliation Ordinance (NRO) plus to
protect its leaders. The members of opposition parties are bearing jail
terms for 15 months without any solid proof, she stated.

The prime minister cannot become a capable person by putting the
opponent behind the bars, PML-M leader continued.

Marriyum Auranzeb said, “The selected government is about to be
toppled.” DNA