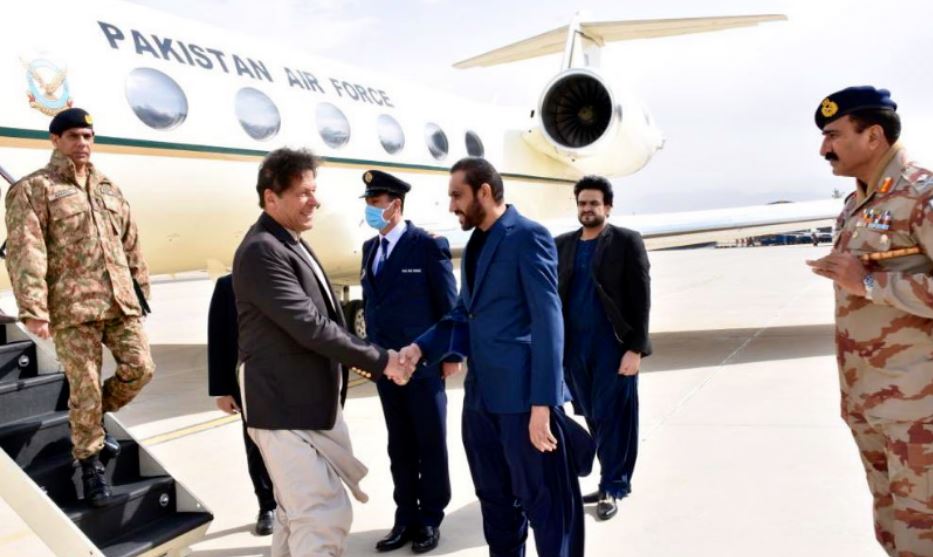 QUETTA, FEB 8: Prime Minister Imran Khan and Chief of the Army Staff (COAS) General Qamar Javed Bajwa reached Balochistan’s Naushki district on Tuesday, where four members of the armed forces, including an officer, were martyred last week during a terrorist attack on a security camp.

The Inter-Services Public Relations (ISPR) said in a statement that the army chief will spend the day with troops and also meet those who repulsed the attack on February 2.

During his visit, Gen Bajwa will be briefed about the security situation in the area as well as operational preparedness of the formation to counter terrorist activities.

In its statement, the ISPR said the army chief and the prime minister will both be given a comprehensive briefing later in the day. They will also meet local tribal elders, it added.

Earlier today, Information Minister Fawad Chaudhry shared that the weekly meeting of the federal cabinet had been cancelled because of the premier’s Balochistan visit.

Paying tribute to the armed forces, he said, “Soldiers whose determination is higher than the mountains and passion deeper than the sea are our pride and respect. These sons of Pakistan are ready to sacrifice for the motherland.”

Terrorists had on Feb 2 attempted to attack security forces’ camps in Panjgur and Naushki in two separate incidents. However, security forces had repulsed both the attacks and killed 20 terrorists in a subsequent clearance operation.

In Panjgur, terrorists had tried to enter a security forces’ camp from two locations. “However, timely response by troops foiled their attempt. During intense exchange of fire one soldier embraced martyrdom,” the ISPR had said.

In Naushki, according to the ISPR, terrorists attempted to enter a Frontier Corps (FC) camp which was “promptly responded”, adding that four terrorists were killed as a result.

The statement had said one officer was injured during the shootout.

A day later, the ISPR said the clearance operation in Balochistan, which was launched after the attacks, had been completed.

A total of 20 terrorists were killed during operations following the attacks, the military’s media affairs wing had said in a statement, adding that nine security personnel had embraced martyrdom.