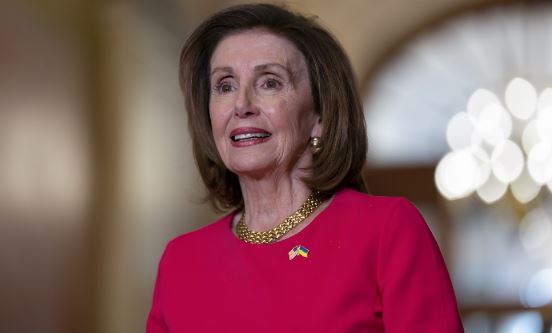 Islamabad, Aug 8 (DNA):  The US House Speaker Nancy Pelosi’s visit to Taiwan brought strong disapproval from Beijing and raised several eyebrows in Washington and across the globe.

The Pelosi’s visit was a controversial one, making by the highest official from the US in a quarter-century.

According to a report carried by Gwadar Pro on Monday, leaders from around the world are still questioning the wisdom behind this trip, considering this an incitement and leading to further escalation of the conflict in Asia-Pacific.

Since the early announcement of Pelosi’s visit to Asia and Taiwan, there has been a strong warning from Beijing that the country will take strong measures. Despite all these warnings, Pelosi’s visit to Taiwan violated all the international norms and laws with respect to the territorial sovereignty and state integrity.
Then later adding salt to the wounds,  G7 foreign ministers issued a statement supporting this uncalled-for act. The statement from G7 countries is again devoid of understanding of China’s just position and rights on internal matters and its territorial integrity.
It is significant to go back to history to evaluate the commitment of the US to the One China policy, as the world has short-term memories. In the joint communiqué of December 1978, the US acknowledges that all Chinese on either side of the Taiwan Strait maintain only one China and that Taiwan is part of China and does not challenge its position. It was also the time when the US also established diplomatic ties with the People’s Republic of China.
Secondly, the United Nations, the world’s highest-level body, through resolution 2758, recognized PRC as the only legitimate representative of China to the United Nations.
The US seems to have forgotten about Afghanistan, Ukraine, and other crises in the world that humanity is suffering due to the uncalled-for provocation and pseudo ‘democratic” values that have never been augmented well.

Afghanistan is an example that should never be forgotten by the world. In the name of operation for enduring freedom, more than two decades ago, the US waged war on terror and invaded Afghanistan to emancipate the Afghan people and give them so-called freedom.

Billions of dollars were spent and last year the US left Afghanistan causing it into further abyss and lurch.  The images are still fresh that innocent Afghans died hanging from the US planes leaving the country. Afghanistan has turned into a black hole that will not heal from the war that the US started for its own strategic and political interests.
In the recent Ukraine and Russia War, the world has again witnessed the irresponsible behavior of the global north.

The fact is that only the world’s military-industrial complex is capitalizing on this war where arms, ammunition, and all kinds of the latest military support are provided to Ukraine to fight an uncalled-for war. If the US and its allies had understood it’s a threat for Russian to expand NATO, this war could have been avoided in the first place.

The world is passing through disturbing times where scientists warn about severe global climate change. Food security is a threat, and conflicts and wars are frequent. The world has also just braced itself for a pandemic and should not bear another crisis that may cause further death and destruction that may be avoided with respect and wisdom.
Only innocent people are suffering, and war is ongoing with innocent people suffering. In this condition, world leaders must value and respect each other and work together to resolve the issues humanity is facing instead of digging out the cold conflicts with no solution and only destruction awaiting, the report added.