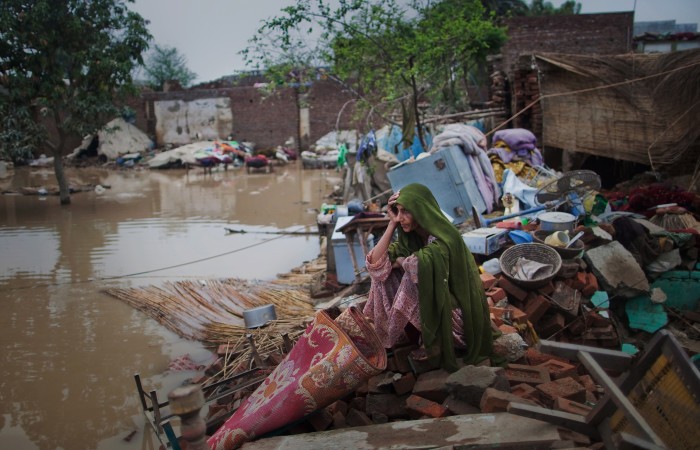 As per the latest report of PDMA here, the district administration of Chitral has been directed to utilize relief available funds in the wake of flash flood emergency situation taken place on June 2 last in Urson valley for the purchase of food items from utility stores after fulfilling all codel formalities.

The DC Chitral has been authorized to utilize the relief funds to the tune of Rs 15 million for relief activities besides provision of quick assistance to affected population.

According to the report, 29 people had lost their lives and 13 persons including eight security personnel are still massing due to heavy-floods in Chitral.

As many as 19 houses were completely and 27 partially damaged due to flood devastation in Chitral.

The dead bodies of 16 victims including three security personnel have been recovered whereas 13 to 14 persons are still missing and four sustained injuries.

The report said quite considerable number of irrigation channels and water supply schemes have been reportedly damaged due to natural calamity.

The report said compensation cheques would be distributed among the affected persons by today.

The Chief Minister KP has released Rs 50 million for providing food and other necessary items for affected people.

The Deputy Commissioner Chitral along with rescue and relief team has visited the affected area and distributed 50 tents, 150 quilts, 200 mates besides 40 cocked food items (rice deg) among the affected population.

Meanwhile, rescue, relief and search operation is continuing in the affected areas and personnel of Pak Army besides district administration, NDMA and PDMA are actively taking part in the relief and rescue operations.

The PDMA has already provided 200 tents to district administration Chitral at the onset of monsoon season in the second week of June 2016. Also, 150 tents, 100 kitchen sets, 100 plastic mats and 200 quilts have been dispatched for the affected areas from PDMA warehouse.

The PDMA has requested Nation Disasters Management Authority for provision of Helicopter service to provide relief in inaccessible and remote areas of Chitral. Emergency has been declared in Tehsil Headquater Hospital Drosh. The Chief Minister Khyber Pakhtunkhwa has placed CM official helicopter at the disposal of PDMA for immediate relief efforts. DNA