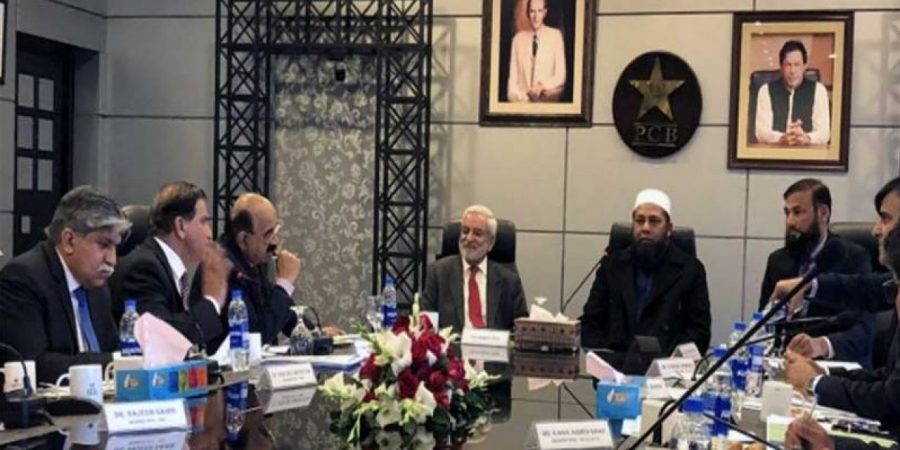 LAHORE, Feb 28  : The Board of Governors of the Pakistan Cricket Board (PCB) which held their 61st meeting in Karachi on Saturday approved the boards of six provincial cricket associations.

In line with Clause 16 of the PCB Constitution 2019, the BoG approved First Boards of the six Cricket Associations for a one-year term.

During this period, the First Boards will carry out functions attributed to the management committees

in the Model Constitutions for City Cricket and Cricket Associations, including managing and running

day to day affairs, supervising the first registration of Cricket Clubs under each CCA as per applicable regulations/bylaws and monitoring and organising cricket events and activities within its jurisdiction.

Each First Board comprises high-quality individuals with diverse expertise, excellent reputation and

The BoG noted that the registration of clubs across Pakistan will commence next month, with further details to be shared in due course. However, when the registration process opens, only club Presidents will be able to register the cricket club and all details will be shared with the First Board for further verification and scrutiny.

Clubs which participated in either 2017-18 or 2018-19 Fazal Mehmood club tournaments and fulfil the requisite criteria outlined in the bylaws approved by the BoG, will be awarded voting rights. Clubs, which did not participate in any of the two tournaments or do not meet the requisite criteria, will get the voting rights after the second scrutiny. All clubs will have playing rights.

The BoG approved the Election Regulations and proposed amendments to the domestic cricket bylaws, which are available on the PCB corporate website in Documents under PCB Model Constitutions.

The BoG was informed that the PCB will help the First Boards to organise City Cricket Association tournaments from May end for both the senior and U19 players, which will help in team selections for the 2021-22 domestic season. Further details will be announced in due course.

The Chairman provided a detailed update to the BoG on international matters, domestic and international media rights and the status of agreements with various grounds, while the Chief Executive briefed the BoG on cricket-related matters, including the national teams’ performances, High Performance events and the HBL Pakistan Super League 6.

The BoG appreciated the Pakistan men’s national cricket team for their series win against South Africa at the back of a tough series in New Zealand, and congratulated the High Performance department for the successful completion of 220 matches in nine events across various age-group and first-class cricket from 30 September 2020 to 23 February 2021. This made Pakistan the only cricket playing nation to plan and deliver a complete season during the Covid-19 pandemic.

The BoG noted the Pakistan national women team’s tour to South Africa and Zimbabwe, which was cut-short following the PCB carrier’s decision to suspend flight operations between Harare and Dubai.

The BoG was updated on the HBL Pakistan Super League 6, which has met expectations in the first week of the four-week tournament through competitive and high-scoring cricket and world-class broadcast coverage.