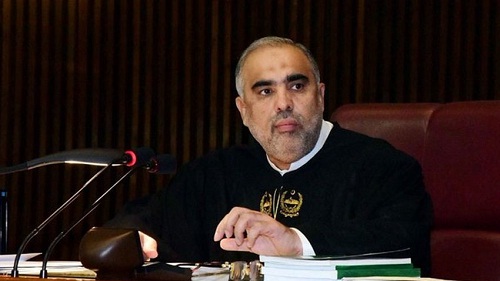 Islamabad : Parliamentary Committee on National Security, comprising members of the National Assembly and Senate, will be briefed by top military brass about overall affairs of national security in Islamabad on Monday.

The meeting, to be chaired by Speaker National Assembly Asad Qaisar, will also be briefed by the military officials on current national security issues.

Federal Ministers, provincial Chief Ministers, AJK President and Prime Minister, Opposition Leader in the National Assembly and leaders of other parliamentary parties have also been invited to attend the meeting.