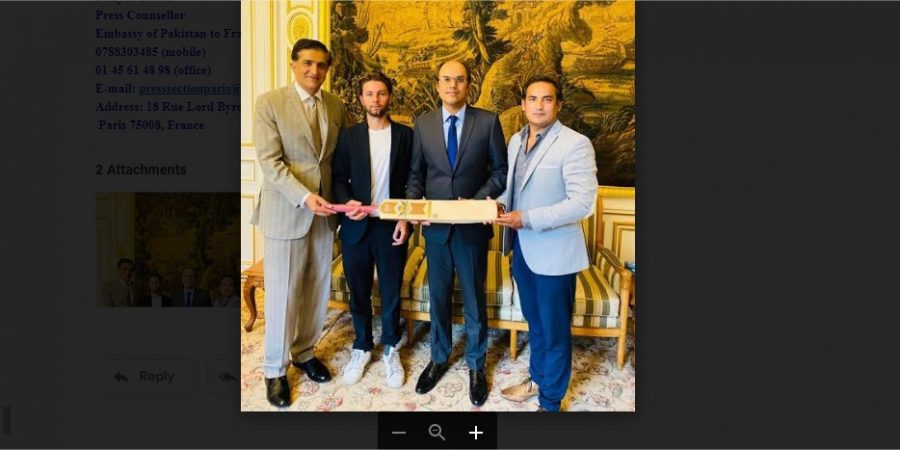 Paris; August 12,: A Pakistani sports goods company Euro King Sports based in France has launched a new brand of cricket bat by the name of “Ambassador.”

Charge d’Affaires a.i. appreciated the company for launching its own brand in a sport which is most loved by the Pakistani people. He said it would help popularize cricket in France as well as in mainland Europe. Pakistani businesses would also gain a foothold  in the European sports goods market, he said.

Mr. Sandhu informed that in addition to this professional cricket bat, his company has also introduced a tennis ball cricket bat. He said this is the first cricket brand in mainland Europe for which Pakistan’s willow is being used.

He also said that cricket is becoming increasingly popular in European countries like France, Austria, Germany, Italy, Spain, Holland and Belgium. In France alone there are around 35 cricket clubs registered with the Association Francaise de Cricket (French Cricket Association). In addition to local players, immigrants from Pakistan, Sri Lanka, Afghanistan and Bangladesh are also members of these club teams.