Pakistan will not allow to use its soil against anyone: PM 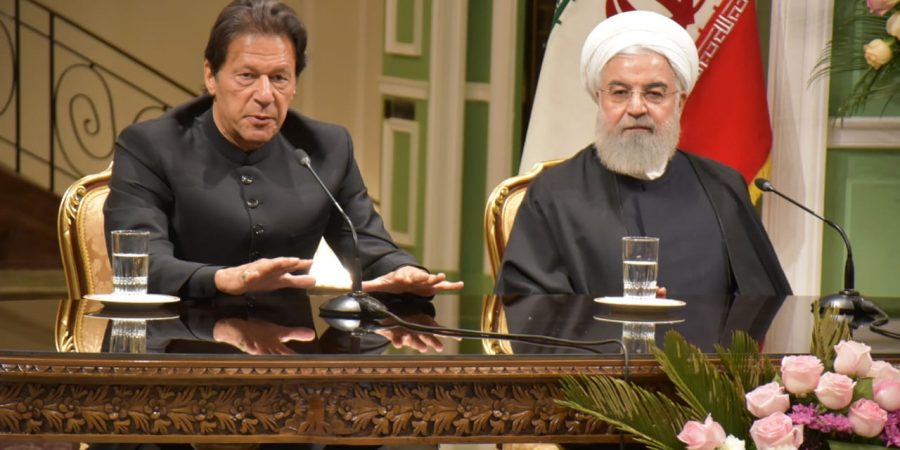 TEHRAN, APR 22 (DNA) – Prime Minister Imran Khan has reiterated his resolve not to allow any militant group to use Pakistani soil against anyone.

Addressing a joint press conference along with Iranian President Hassan Rouhani, the prime minister said, Islamabad is taking decisive action against the militant groups. “The action we are taking purely is in our own interest not doing it in anyone’s pressure.”

Prime Minister Imran Khan said he felt that terrorism was creating differences between the two Islamic countries. “Visiting Iran was aimed at shunning them.” He said few days back Pakistani security forces personnel were martyred in a cowardly attack in Makran.

The premier said we will let Iran to be harmed from Pakistani soul and hope same from the Iran to ensure. Commenting on the Afghanistan situation, he said peace in Afghanistan is beneficial for Pakistan and Iran both.

Pakistan and Iran suffered a lot due to insurgency in Afghanistan, he continued. He said Islamabad has suffered more than any other country in the world in war against terror; Pakistani security forces are fighting to endure peace and stability in the region.

He said both the countries have agreed to enhance bilateral relations. He also thanked Irani leadership and people for according warm welcome to him.

Addressing the presser, earlier, the Iranian president said unfortunately we witnessed some tensions in the border areas in the recent past where the terrorists perpetrated their nefarious act

He said both the sides during talks reaffirmed their commitment to peace and security in the whole region.

Rouhani said both the sides have expressed the keenness to develop their bilateral relations. Both the leaders also emphasized that no third country can harm the brotherly and close relations between the two countries.

He said both the countries have also agreed to bolster their trade and economic relations. We have agreed to set up a barter committee so that goods and other items could be exchanged.

The Iranian president said we are also interested in establishing links between Gwadar and Chahbhar ports in order to strengthen our commerce relations.

The Iranian President said his country is ready to meet the oil and gas requirements of Pakistan. adding that Iran is also ready to increase the exports of electricity to Pakistan.

Rouhani expressed the confidence that the visit of Prime Minister will serve to be a turning point in expanding relations between the two countries.

Earlier, Prime Minister Imran Khan was accorded warm welcome and received by Iranian president himself upon his arrival at the Sa’dabad Palace.

On the occasion, National Anthems of both the countries were played, while the guard of honor was also presented to PM Khan.

The premier, during his two-day- visit is also to be called on Iran’s Supreme Leader Ayatollah Seyyed Ali Khamenei, and meet Pakistani and Iranian business community. = DNA