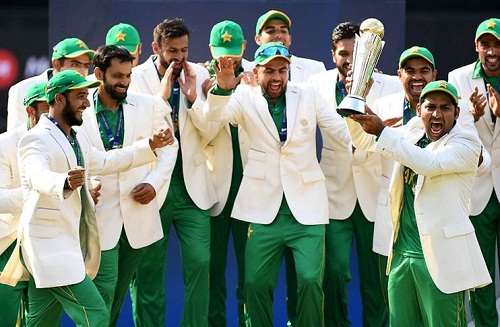 DUBAI: International Cricket Council (ICC) has reintroduced the Champions Trophy which will take place in 2025 from 2029.

In its board meeting on Tuesday, ICC decided to reintroduce the Champions Trophy based on eight teams. Pakistan will now have to defend the title. Last time, Green Shirts won the tournament by defeating India by 180 runs in the final.

The hosts for the Men’s events will be decided in September following a selection process that will get underway this month.

« Turkey’s Erdogan to announce ‘good news’ on gas reserves in Black Sea on Friday (Previous News)
(Next News) Army to make all efforts towards achievement of enduring peace in Balochistan: Army Chief »