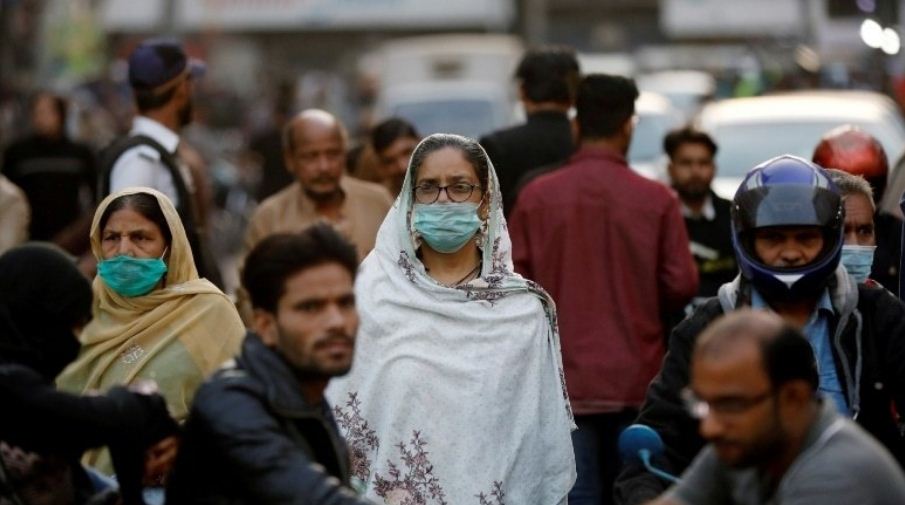 ISLAMABAD – Pakistan has reported its first confirmed case of a coronavirus variant first identified in India, the federal health ministry said on Friday.

The Indian variant case was detected by the National Institute of Health which conducted whole-genome sequencing of SARS CoV-2 samples collected during the first three weeks of May 2021, health ministry spokesperson Sajid Shah said in a statement.

“The sequencing results confirmed [the] detection of seven cases of B.1.351 (South African variant) and one case of B.1.617.2 (Indian variant),” the statement said, adding that this was the first in-country detection of the Indian strain.

Shah said in accordance with protocols, the contact tracing of all the cases was in progress by the Field Epidemiology and Disease Surveillance Division and the Islamabad district health officer.

“Continued detection of global strains highlights the ongoing need for observation of guidelines, usage of masks and [the] need for vaccination,” he added.

The World Health Organisation (WHO) had earlier this month classified the B.1.617 strain as a variant of global concern.

The variant, along with the government decision to allow most activity to return to normal including mass religious and political gatherings, was considered to be responsible for a devastating spike in infections and deaths in India last month.

Coronavirus patients died in droves outside hospitals or at home because of a lack of beds, medical oxygen and drugs, prompting a flood of desperate pleas on social media.

Although infections are now falling in major Indian cities after weeks of restrictions, the rural areas of the country are seeing the brunt of a surge that has overwhelmed the health care system and killed at least 160,000 people since the start of March.

Earlier this month, health authorities in Thailand had reported the country’s first cases of the Indian Covid-19 variant in a Thai woman and her four-year-old son who had arrived from Pakistan.

Head of the National Command and Operation Centre (NCOC) and federal minister Asad Umar had said at the time that it was “out of the question” that the two Thai nationals had contracted the Indian variant from Pakistan as it was not present in the country.

In late April, the health ministry had said that Pakistan had so far not reported any case of the Indian strain.

To prevent the spread of the B.1.617 variant in Pakistan, the NCOC had last month placed India in the category C list, banning entry of passengers from the country through air and land routes.

Authorities in Pakistan have urged the public to adhere to Covid standard operating procedures and get vaccinated, citing the havoc wreaked by the virus in India.

The B.1.617 variant contains two key mutations to the outer “spike” portion of the virus that attaches to human cells, according to senior Indian virologist Shahid Jameel.

The WHO has said the predominant lineage of B.1.617 was first identified in India last December, although an earlier version was spotted in October 2020.

The variant has already spread to other countries, and many nations have moved to cut or restrict movements from India.