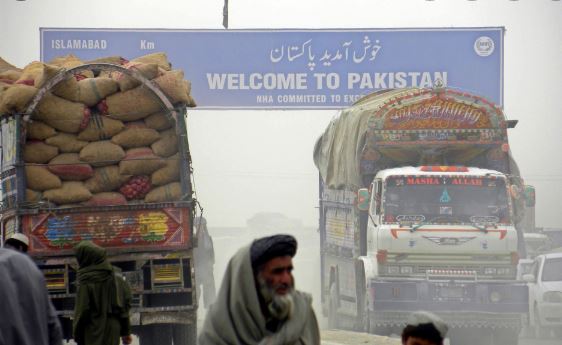 At once, despite Pak Afghan border, came into being in the light of previous British Colonial rulers demarcated Durand Line, there were over 18 crossing points between the two neighbouring countries. However, after initiating one-sided border restrictions in 2016-2017 almost of these crossing points closed and only two included Torkham and Chaman made operative. Later on Kharlachi at Kurram, Ghulam Khan at North Waziristan, Angor Ada at North Waziristan and Dalbandeen at Baluchistan also opened and made operative for bilateral trade and pedestrians.

But tribesmen  as well as office holders of trade bodies making complaints of lacking facilities and staffers in government departments which badly affecting the bilateral trade. Likewise, common people not only Afghans but also Pakistani nationals are making complaints of staffers, even doctors and paramedics “indifferent and inhuman attitude.”

Sartaj Ahmad Khan Executive Committee member of Federation of Pakistan Chambers of Commerce and Industries (FPCCI) who hailing from Chitral has confirmed Sadiq Khan’s messages but said, “ so far only pedestrians with specific purposes of  medical, social weddings and funerals are allowed to walk but there is no any formal trade and business activities at Arandu.” He, however, said there still exists problems and hardships on all crossing points, which badly affecting bilateral trade between the two neighbouring countries.”

Pakistan Afghanistan Joint Chamber of Commerce and Industries Vice Chairman, Zia Ul Haq Sarhadi who is considered an authority while talking to this scribe said, “opening new crossing points are meaningless as there are no any facilities and infrastructures in the already operative crossing points like Torkham and Chaman.” Elaborating his point of view, he said due to lacking of staffers in government departments and other infrastructures loaded goods trucks are waiting for clearance for couple of days, thus rotting the perishable items like fruits, vegetable and packed-foods. Similarly he said that instead bridging the gaps, relations still between the two countries are in disorder, which causing bad impacts on bilateral trade. He said that unless putting in order bilateral trade policies with Afghanistan, it could be hard for Pakistan to get the goals.

In response to a question , Sarhadi said, “there exists wide range opportunities for Pakistan regarding addressing its maximum economic problems by improving  trade relations with Afghanistan. But for the purpose, government needs to re-visit its negative and one-side imposed restrictions against Afghanistan.

PAJCCI and business community on both sides of border greatly appreciates the announcement made by Muhammad Sadiq, Special Envoy for Afghanistan to operationalize additional border crossings for trade and people to people movement between Pakistan & Afghanistan.

He announced that Government of Pakistan has decided to open several additional border crossings with Afghanistan to facilitate economic activity and people movement. Arandu between Chitral & Kunar and Benshahi between Lower Dir & Kunar are the first two crossings of the series to be made operational. These crossings are in addition to five fully operational border crossings of Torkham, Ghulam Khan, Kharlachi, Angoor Adda & Chaman-Spin Buldok and one partially opened Dalbadeen crossing. He said that several new border crossings will be opened after agreement of the Afghan Government and making necessary arrangements.

Zubair Motiwala; Chairman PAJCCI welcomed this announcement and hoped that government will facilitate business activities especially with neighboring Afghanistan as it is cost effective and efficient trading partner. We are one on both sides of border sharing cultural, social and economic values and well being of the masses in border areas who are employed in border trade areas instead of coming to big cities with already stressed infrastructure. This is the right step in uplifting socio-economic status of both countries.

He recommended that before operationalizing new border crossings, governments of both countries must take all measures to first developing supportive infrastructure and operational set ups including trained human resources, security, service areas for transporters and general public, functional booths for quick clearance, provision of electricity, roads, bank counters, drinking water and internet. These measures will ensure facilitation of trade and also revenue for governments. He also asked governments to consider opening more border crossings in Baluchistan; at present only one border crossing Chaman is functional and bearing the loaf whereas the opportunity is great where CPEC is based and Gawadar port is available with capacity for transit trade with rest of the world.

He reiterated PAJCCI demand made in March that Swat has been a traditional trade partner of Afghanistan and was using Bajur border for bilateral trade which was closed after August 2021 due to regime change in Afghanistan. There are four border points connecting Swat and Afghanistan however “Nawapass” border crossing has infrastructure on both sides and both governments must take measures to open it at the earliest possible instance. The trade in Swat is suffering due to long route via Torkham and local furniture industry has hugely suffered as it was easy and cost effective to bring raw material from Afghanistan via Bajur.