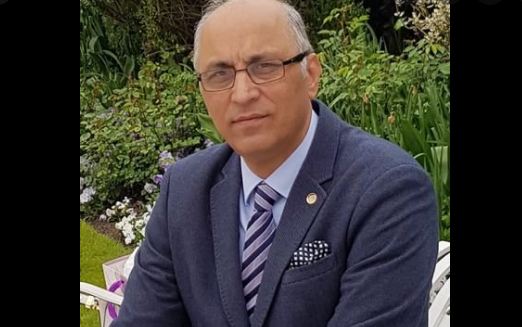 While addressing the participants of the Pakistan Investment Forum and the Cross-border E-commerce Business Negotiation Conference, he said that there are a large number of sectors, including energy, infrastructure, pharmaceuticals, automobile, IT, agriculture, and others where Chinese investors can take advantage to invest in Pakistan, because it’s an emerging country.

“Pakistan is the sixth-largest country in the world in terms of population and located in an ideal geostrategic position. It has a very strong upcoming middle class, making it one of the attractive investment destinations for foreign entrepreneurs”, he said during the Conference.

According to China Economic Net, the event was co-organized by the Pakistani Embassy here and the Juejin Group at the Embassy.

Haque stated that Pakistan has a large and competitive skilled labor force as well as improved and upgraded infrastructure including roads, highways, airports, and communications networks.

He mentioned that the government offers promotional and concessional tax incentives for different investors to not only help them establish their businesses and factories in Pakistan but also to support them export their products to China or other countries in the world.

Terming Pakistan a very friendly country to China and its people, he said that Chinese investors will find the warmth of the Pakistani people.

“Our people will welcome you and embrace you not only for your personal visit but for your business visits also,” he stated.

He said that China has become Pakistan’s largest trading partner and after the signing of Free Trade Agreement Phase-II, the two countries have seen a new momentum in bilateral trade.

Ambassador hoped that this year Pakistan’s exports to China will cross the historic mark of $3 billion.

Haque said that efforts are being made to connect the businessman of the two countries and the traders are establishing online linkages despite COVID-19.

“We have also established a number of Pakistani pavilions in different cities of China, which have become a very important platform for the interaction between businessmen of the two countries,” he mentioned.

Commercial Counselor of Pakistan Embassy in Beijing, Badar uz Zaman explained the investment-friendly policies of the Pakistan government and strong consumer demand in the Pakistan market.

Chairman of Pak-China Business Council of FPCCI, Javeed Illyas introduced potential opportunities in the import and export of Pakistan’s industry and commerce.

Chairman of Midtrans Commodities International Company, Muhammad Yashin introduced the business opportunities on food and agriculture between China and Pakistan.

President of Juejin Group, Laing Hui, and President of Lianghao Group, Li Hui shared their intention to invest in Pakistan.

On this occasion, Midtrans Commodities International Company and Juejin Group signed a Letter of Intent.