Pakistan has the capability of producing cheap electricity by water: Zubair Tufail 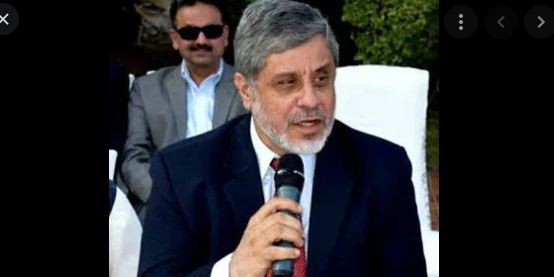 ISLAMABAD, JUL 4: Zubair Tufail, President, United Business Group Pakistan, has said that Pakistan is a rich country in all the resources provided by nature.

We need to make Pakistan a prosperous and developed country by using these resources according to appropriate strategies and procedures.

He said that Pakistan has the best water resources in the world and we are not making good use of these resources for producing Cheap electricity by water .

We should produce electricity by water, wind and solar energy.

In his address, Zafar Bakhtawari, Secretary General of the UBG said that in our society, the businessman does not have that respect as was in the early Islamic society.

We need to present a positive image of the businessman in our society and bring the businessman forward in this society as a role model for the next generation which can make Pakistan a prosperous and ideal society.

Islamabad Chamber of Commerce President Sardar Yasr Ilyas has said that Pakistan can earn foreign exchange by exporting mangoes, kinnows and other fruits.

We should promote our agro technology in this regard. Pakistani embassies should hold exhibitions of mangos and kinno all over the world.

In order to increase the production of wheat, rice, cotton, sugarcane and ghee in Pakistan, work should be done on urgent basis.

He said that in the last 25 years, rich people from all over the world have invested in the UAE because there is no question asked for bringing capital to that country. UAE has become developed country beacuse of its free capital movement policies. We should also adopt such policies to develop  our country.

We should give attractive incentives for the investors so that Pakistan can be made a prosperous and developed country. Former Member National Assembly Kanwar Qutb uddin in his address said that United Business Group has elected dynamic and active leadership in the form of Zubair Tufail and Zafar Bakhtawari.

It is a good initiative that will promote the  unity and solidarity, which will solve the problems of business community.