Exams will neither be postponed nor cancelled, emphasises Shafqat Mahmood 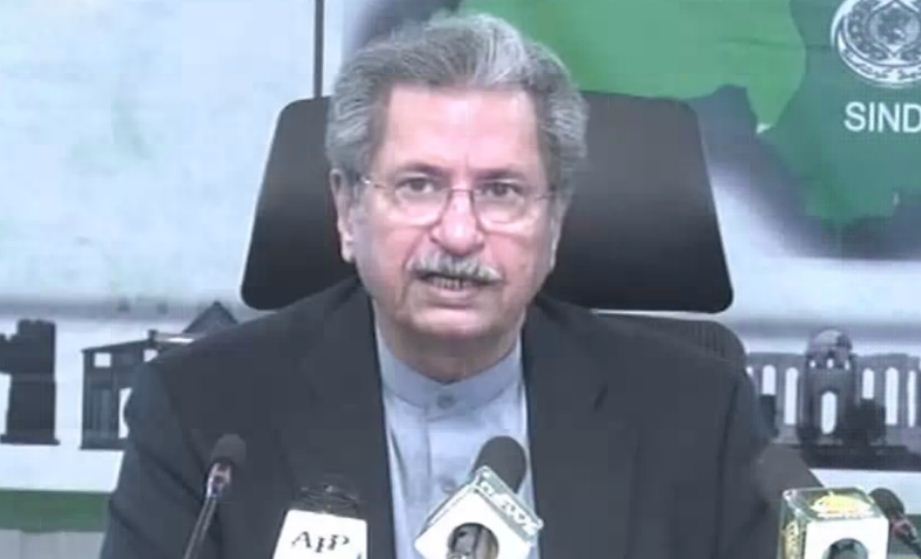 ISLAMABAD – Federal Education Minister Shafqat Mahmood has iterated that board exams for classes nine to 12 will take place across the country as per the schedules announced by the respective boards.

“This is a unanimous decision of our provinces and stakeholders. Exams will take place according to the schedules announced by the boards,” he stressed.

The education minister advised students to not believe in rumours, saying there were 29 educational boards in the country, each of which had issued their own schedule and the exams would take place on those dates.

Regarding a question about summer vacations, Mahmood said it had been left up to the provincial governments to decide whether they would give holidays or not. “These are not ordinary conditions and whatever the provinces decide in these conditions, it will be correct,” he said.

The minister said that education had been “badly affected” because of the closure of schools, adding: “Schools should be kept open as far as it is possible in view of the weather and keeping in view the coronavirus situation.

“The teaching that can be done in classrooms cannot be done anywhere else. A lot of the course has to be covered and the deficiency has to be overcome. That is why we have left it to the provinces and private schools to do what they think is appropriate,” Mahmood said.

The protesters chanted slogans against the government and demanded cancellation of physical exams. They said that they were taught online throughout the pandemic and were not fully prepared which is why the exams should be cancelled.

A number of such protests have taken place across the country in recent months as the coronavirus pandemic dragged on, affecting educational activities.

Lahore on Saturday, Mahmood recalled that last year, exams were cancelled and all students were passed. However, this year, provincial ministers and all stakeholders had decided that grading would not happen without exams, he said.

“Exams of A2 Level have already taken place and now exams of [classes] 9, 10, 11, 12 are about to take place in the coming few days. I am telling students: continue your studies because exams will neither be postponed nor cancelled.”