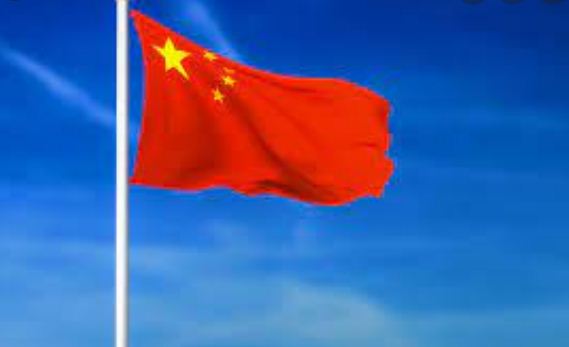 ISLAMABAD, JUN 22 (DNA) – Pakistan fully acknowledges the 100 glorious years of Communist Party of China (CPC) and wishes to participate in its celebrations.

On July 1 this year, the CPC will celebrate its 100 years of glorious presence ever since its founding in 1921. Born out of a meeting of a few young revolutionary leaders on a small boat, CPC has led the nation towards a road for peace, prosperity, independence, liberation and a strong stable country, says an article carried by China Economic Net (CEN).

Muhammad Asif Noor, Director of Institute of Peace and Diplomatic Studies, Pakistan in his article stated that this year is also important for Pakistan and China. This year marks the 70th anniversary of the establishment of diplomatic ties between both Iron brother countries. Prime Minister Imran Khan has praised China’s fight against poverty and recalled the need to learn from the experience of China.

The China-Pakistan Economic Corridor (CPEC) as an important active pillar of BRI is focusing on building industries, revamping the agricultural outlook and helping Pakistan to gradually come out of its socio-economic challenges.

The article added: “ History has shown that CPC is truly deserved to be called the glorious political party representing the true wishes and aspiration of the Chinese people.

Over the past 100 years, CPC has made remarkable efforts with patience and continues hard work coupled with the wisdom of leaders, and made achievements in reforms, development and revolution.

CPC has contributed towards strengthening China’s political stability, health, education, socio-economic development and in all diverse sectors. This day while CPC and Chinese people will celebrate the founding day, more than 1.4 billion people are moving ahead with full strength, wisdom and confidence towards a new beginning of the rejuvenation of the Chinese people. CPC has remained at the front, from poverty alleviation to national rejuvenation and modernization.

Since the opium war in 1840, Chinese people have passed through tremendous challenges and devastation. However, Chinese people stood firm against all odds. There were threats from foreign powers and internal turbulence at that time but with revolutionary mindset and perseverance, they took destiny into their own hands to change the course of their history. In those challenges and difficult times, a few young and strong men of wisdom pursued their dreams for their nation and followed their heart for the destiny of freedom.

To achieve the goal, these brave hearts led many change movements till the time of the great revolution of 1911 that further later led to the founding of CPC. This was a time when communism was rising with Chinese characteristics.

The founding of CPC in 1921 made the change in Chinese destiny in the right direction. Since then CPC has created an epic story of the modern history of mankind where millions of people have been lifted out of poverty, and global outreach has been achieved through the Belt and Road Initiative. Over the 100 Years, CPC has united the Chinese people into one whole and help them to stand together and enter a progressive era of progress and development.

CPC has also immensely contributed to providing visionary leadership to the country, where we have seen towering figures like Mao Zedong, Zhou Enlai, Deng Xiaoping, Liu Shaoqi, Zhu De, and currently President Xi Jinping who have led and steered the nation to the new heights.

We remember that as where Mao established the basics, the second generation led by Deng Xiaoping established the reform and opening-up process resulting in what China is today.

While we remember these towering figures, we also remember the martyrs of revolutions and long struggles who have sacrificed their lives for helping build, new, modern and great China. Today’s generation of leadership led by President Xi Jinping has brilliantly built on further what the great leaders of the past have transferred to the new generation. With eyes on the future, having strong political and personal, President Xi Jinping is a confident leader building a strong space for China on the global stage.

CPC core strength is based on the presence of young people with great revolutionary ideas especially ideas about the future. Currently, there are more than 90 million members and most of them are young people believing the vision and mission of the party and contributing towards the wellbeing of the country.

Young people have always remained in the heart of the party even in history CPC begins its journey when young people dedicated their lives to the theoretical insights, actionable ideals and future strategies of both the party and the country. CPC is truly young and youthful. Young people of China are the future of the country, while they appreciate the glorious history and are marching forward with pride.

Based on five principles of peaceful coexistence, CPC has also adhered to the ideals of mutual respect, independence, equality, non-interference in other’s internal affairs and mutual ways to learn the experience of the political parties and organizations across the world. Through Belt and Road Initiative (BRI), COVID-19 vaccine support, development projects and initiatives in the developing countries. With the vision and ideals of creating a community of shared future, China and the visionary leadership of CPC has made all-important development and peaceful steps.

History has shown that CPC is truly deserved to be called the glorious political party representing the true wishes and aspiration of the Chinese people.=DNA

« UK Minister for South Asia Lord Ahmad arrives in Pakistan (Previous News)
(Next News) US should return to JCPOA: Raisi »