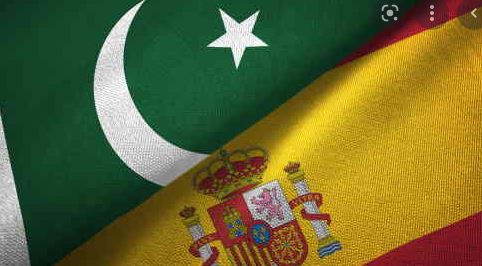 Expressing satisfaction on existing bilateral trade and economic ties, the Foreign Minister highlighted the major milestones as well as key aspects of the bilateral relationship marked by shared perceptions on a range of regional and international issues, including terrorism and UN reforms.

Emphasizing the significance of existing mechanism of Annual Bilateral Consultations (ABC) for effective cooperation, the two Foreign Ministers agreed for early convening of the fifth round of ABC.

Noting the growth achieved in Pakistan-EU trade, the Foreign Minister reiterated that Pakistan considered Spain as an important and reliable trading partner within the EU. The Foreign Minister appreciated Spain’s role in the GSP Plus status for Pakistan and emphasized the importance of continued support in this context.

Highlighting Pakistan’s commendable progress on FATF action plan, the Foreign Minister stressed that the proceedings of the forum should not be politicized. The Foreign Minister appreciated that Spain recognized Pakistan’s efforts in the domain of counter terrorism financing and anti-money laundering.

Reaffirming Pakistan’s commitment for regional peace and stability in Afghanistan, the Foreign Minister urged Spain to play its important role within the EU to engage interim government of Afghanistan to avoid the impending humanitarian crisis. He added that a peaceful, stable and prosperous Afghanistan was paramount for peace, stability and prosperity of the region.

Highlighting robust bond of 125,000 strong Pakistani community in Spain, the Foreign Minister conveyed the concerns of Pakistan origin Spanish citizens who have to renunciate Pakistani nationality in line with local law due to non-existence of Dual Nationality Agreement between the two countries.

The Spanish Foreign Minister applauded the role played by Pakistan during evacuation of people of concern of Spain in Afghanistan and affirmed support on a range of multilateral issues. The two sides established a Task Force to initiate a consular dialogue to find amicable solutions for the benefit of the Spanish citizens of Pakistani descent. The meeting was followed by a joint press stakeout.