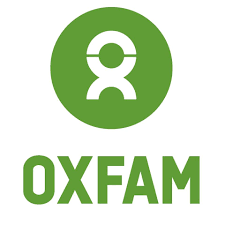 ISLAMABAD, JAN 20 (DNA) -Oxfam has launched its global inequality report 2020 Time to Care – on unpaid care work. The report shows governments are massively under-taxing the wealthiest individuals and corporations and failing to collect revenues that could help lift the responsibility of care from women and tackle poverty and inequality.

The world’s 2,153 billionaires have more wealth than the 4.6 billion people who make up 60 percent of the planet’s population, reveals a new report from Oxfam ahead of the World Economic Forum (WEF) in Davos, Switzerland.

Global inequality is shockingly entrenched and vast and the number of billionaires has doubled in the last decade. Oxfam India CEO Amitabh Behar, who is in Davos to represent the Oxfam confederation this year said: “The gap between rich and poor can’t be resolved without deliberate inequality-busting policies, and too few governments are committed to these.”

Oxfam’s report, ‘Time to Care’, shows how our sexist economies are fuelling the inequality crisis —enabling a wealthy elite to accumulate vast fortunes at the expense of ordinary people and particularly poor women and girls:

The 22 richest men in the world have more wealth than all the women in Africa.

Women and girls put in 12.5 billion hours of unpaid care work each and every day —a contribution to the global economy of at least $10.8 trillion a year, more than three times the size of the global tech industry.

Getting the richest one percent to pay just 0.5 percent extra tax on their wealth over the next 10 years would equal the investment needed to create 117 million jobs in sectors such as elderly and childcare, education and health.=DNA

« NAB absolutely committed to root out corruption as fight against corruption is being taken as a national duty: Chairman NAB (Previous News)
(Next News) ECC approves wheat import of 300,000 tonnes »