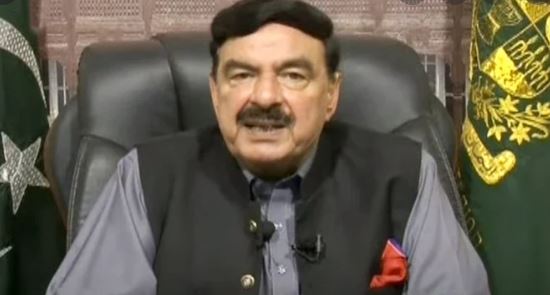 ISLAMABAD, Feb 14: Federal Minister for Interior Sheikh Rasheed Ahmed on Monday said that the opposition parties were wasting their time by doing futile exercise to present ‘no confidence motion’ in the Senate.

Opposition parties have no strategy, he said while talking to a private news channel.

Interior minister said they were doing media politics only, Pakistan Muslim League Q is our partner in the government and will not leave the coalition with Pakistan Tehreek-e-Insaf.

He said opposition parties had not that much strength to move for ‘no confidence motion’.

He strongly rejected speculation about PTI member and said they were firmly standing with their party.

He said PTI took great initiative in the country history who introduced ‘Health Card’ which was covering health insurance upto one million annually, the accountability process would be continued till the last looter of the country, he vowed.